About the creation of Maigret in the 30s 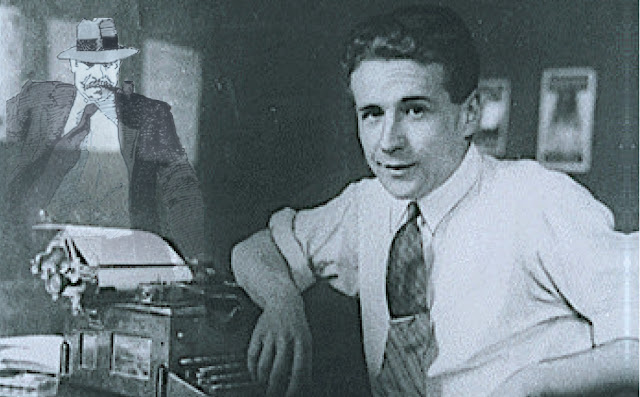 The good fortune of some characters in serial literature obviously resides in the complex of their temperemental, psychological and physical components. From Sherlock Holmes to Sam Spade and to Montalbano, from Great Britain in the late 1800s, to the USA in the middle 1900s and to Europe in the 2000s. Epochs, cultures and sensibilities are various, but, above all in the detective novel, the formula proves successful and not only in the country of origin, because the characters we mentioned have become famous all around the world and, each one in his way, an icon of the multifaceted aspects of this genre.

Simenon surely knew that, just like writers as Conan Doyle, Agatha Christie, Dashiell Hammet, Raymond Chandler (Philip Marlowe), Rex Stout (Nero Wolfe), Erle Stanley Gardner (Perry Mason). Each of them had followed his own way, finding a narrative mode and building characters so typical that they had a great hold in the public.

When it was time for young Simenon to move from popular literature, written on order, to semi-literature, he was aware of the fact that this literary genre was of great appeal to the public, as long as one knew how to master the characters, their psychology, the setting, the plot. And in all these years during which he had written popular literature, he had accumulated experience and developed a craft that were superimposed on innate qualities.

Thus creating a character who, especially for those early 30s was going against the current, must have required some time but, knowing his creative talent, it must not have cost him such much effort. His skill consisted in creating a completely flat character, far away from stereotypes that would have made him slip into a series B narrative.

Maigret is a middle-aged judicial police officer who shuns blatant actions and extravagant attitudes; he is often taciturn and sometimes even (apparently) trivial, with simple tastes, in short a grey employee rather than a brilliant and seducing detective. How could such a character attract readers? This was precisely the question that his publisher Fayard was asking himself, and he was not at all convinced that this character was the right one to be launched. And then long discussions broke out whether to publish or not the investigations of Chief Inspector Maigret. But Fayard had not reckoned with the character’s double face, who on one side created an immediate identification with common people, not prone to reckless attitudes and dangerous actions. On the other side, Maigret’s strength was psychology, his own psychology and the one he used during his investigations.

In fact he was a character which, in the course of his countless enquiries, took on an increasingly complex personality, rich of sometimes even contradictory facets. His famous “adjusting destinies” was, after all, in deep conflict with his investigative role that obviously did not foresee that he could decide whether someone could or not escape justice. Psychology was the most effective weapon he used. He always wanted to understand the reason and for that he needed to know the mentality of the ambiance in which the crime had matured. Which were the interpersonal relationships between people in the place? What did go through the mind of the persons he interrogated or he simply observed? When he succeeded in understanding all of this, then he was able to retrace the stages of the tragedy, he understood why everything had occurred, he felt the actions and reactions of people and, having become one of them, he came to solve the case.