What role does the Chief Inspector's wife play in the saga? 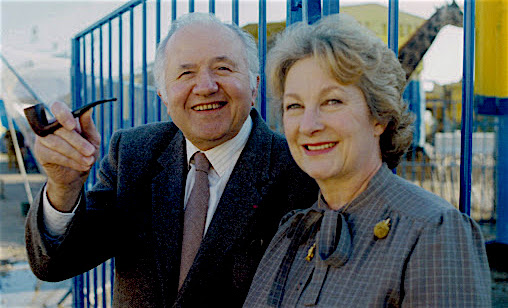 Maigret would not have been Maigret without Louise. He met her for the first time in a party given by her uncle and aunt (see Maigret’s Memoirs). At the time, young Maigret was certainly not an excellent match, even if he had recently been promoted, from neighbourhood patrols (with uniform and bicycle) to secretary at the Saint-Georges police station. But his earnings were still low. Louise’s family was from Alsace and they all worked in Civil engineering, so Jules’ belonging to low ranks in police made him almost a stranger… Louise parents would have wished her to marry an engineer, from their world. But love won over Civil engineering. Jules and Louise married in October 1912 and she officially entered the role of Mme Maigret, the Chief Inspector's wife.

At first sight she might seem like a secondary element in the serial narrative of the Maigret novels; she doesn’t always appear in the investigations, his husband doesn’t call her by her first name, but he always calls her “Mme Maigret”. She would be a kind of appendix, but in fact she acts as a reference to a series of elements that make Maigret’s character more complete and give him a greater depth. His little manias, his domestic habits; he, who can be so grumpy and intractable at the Quai des Orfèvres, becomes so pampered and thoughtfully cared in his apartment in boulevard Richard-Lenoir. The after-dinner prunelle, made by Louise’ s sister in Alsace; smoking a pipe before going to bed; asking what’s for dinner and trying to guess it from the pots sizzling on the stove. And her, guessing the heavy passes of her husband beyond the door, when, returning home in the evening, he climbs the stairs. And her patience in collecting ashes and tobacco that Maigret’s pipes leave everywhere. And also the dinner evenings at their friends the Pardon, the Sundays spent at the cinema, where he often fells asleep.

All habits that, thanks to this home life, present Maigret’s other side. In short, Mme Maigret is, at the beginning of the series, a narrative expedient to reveal this other side of the Chief Inspector, but little by little she takes shape and body, and becomes a co-protagonist and even a protagonist in some investigations. And then she gets more and more emancipated; she remains a housewife, but adapting to times. For example in the last novels she drives a car, having taken a license.

But she is also an independent woman. She is used to periods of solitude when his husband spends a few nights away from home in the course of his investigations. Sometimes she goes to visit her sister in Alsace. Sometimes she happens to help Maigret in an investigation. Mme Maigret secretly follows his husband’s cases in the newspapers. This irritates a little the Chief Inspector, who pretends not to know it, but sometimes gets angry when she doesn’t hide them well and he finds one in the house.

However, Mme Maigret’s real importance is different. Simenon portrays in her, as well in her physical as in her behavioural characteristics, the ideal woman and wife. He always writes about her with some attention and a pinch of envy, which is often to be read between the lines of the novels. Of course we can better notice and understand it when we know Simenon’s life and relationships with women. For example, at first glance we find in Mme Maigret that physical roundness, a kind of plump silhouette, discreet, endowed where it has to be; it is a bit the physical description that Simenon made of Boule. Mme Maigret is also graceful, ready to step aside when his husband is in black mood, to cuddle him when he needs it, and above all to seduce him with her cooking.