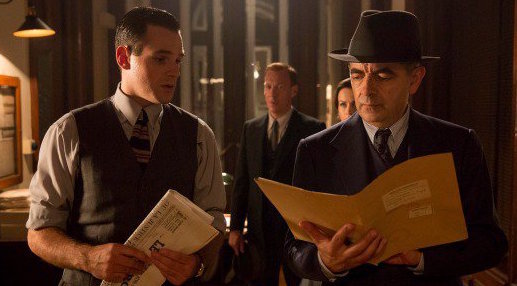 Angelu - 29/11/2019 - Robert Brennan - It can sometimes feel like streaming upstream when I click on one of the services I have, looking for something to watch. I almost put myself into a trance by clicking through one movie or television series after another, not finding anything that strikes my fancy.


When my wife sighs and gets up to pay the bills instead of being subjected to this light show, I know it’s time to stop and just put on the basketball or hockey game.
But every now and then we pluck a gem out of the stream. We did so recently with the BBC series “Maigret.” It stars Rowan Atkinson of “Mr. Bean” and “Blackadder” fame, two stalwarts that have always been popular in our house.
The fact that Rowan Atkinson has, like so many comedians, plunged into straight drama is no surprise — that seems to be the inner desire of all comedians — and the fall of just about as many, as they rarely seem to capture the same magic being serious as they do when they were just out for laughs...>>>
Pubblicato da Maurizio Testa a 08:51