SIMENON SIMENON. FROM MARLOWE TO MAIGRET

About the emergence of a new genre in detective novel: realism in hard-boiled and Simenon’s novels 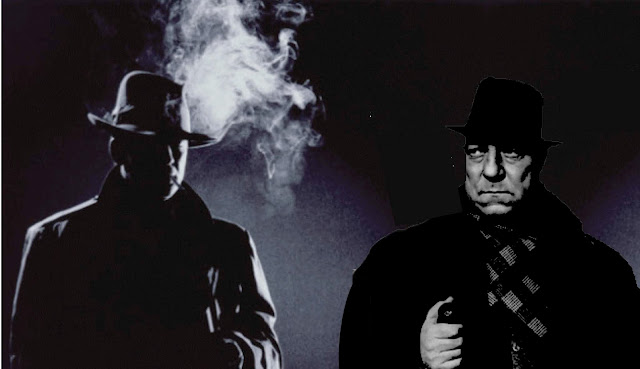 In the early thirties in the USA the so-called hard-boiled school made its way into the “mystery” literature. A group of writers published their works in pulp magazines, printed on cheap paper and sold at very popular prices. One of these was a point of reference, The Black Mask, directed by a certain Captain Joseph Shaw, and the writers who wrote in this newspaper were considered as the fathers of this new genre. They were Dashiell Hammett and Raymond Chandler, but we could also mention Cornell Woolrich and Erle Stanley Gardner; and their characters were the famous Sam Spade, Philip Marlowe, Perry Mason.
What did this new school bring to the mystery novel? As Chandler clearly explained in his essay The Simple Art of Murder (1944), they intended to break away from the detective novel, especially of British origin, where the crime seemed a game, the solution a puzzling pastime and the motives somewhat capricious.
The hard-boiled school brought the murder back on the street, even in the most sordid suburbs, and motivated by true sentiments and needs like passion, lust for money or power, revenge by love, corruption, necessity. And neither poisons in aromatic tea, nor complicated devices from exotic manufacturing. For killing there were revolvers, knives, rifles, sticks. In short, real life broke into the mystery and brought with it ambiguous characters, never all good or bad, never driven only by their will, but often undergoing a fate that social position reserved for them. In the foreground the private detective who, alone against all, tried to make justice prevail where law was not, and in the background a deep mistrust in society, corrupted, unfair, where the one who must enforce law doesn’t escape this ambiguity between honesty and corruption, between good and evil.
On the other side of ocean, and in the same years, Maigret appeared, another character who, though in different way, subverted the canons of the detective novel, and gave life to a police officer, married, who had nothing heroic and led his investigations among common people, normal persons who became criminals because of the most trivial facts of everyday life, here too love, money, unspeakable secrets, jealousy.
This will of realism, which brought back down to earth a detective novel genre that had made dream with his unreachable heroes, obviously intercepted the expectations of readers who wanted to recognize themselves also in more obscure.