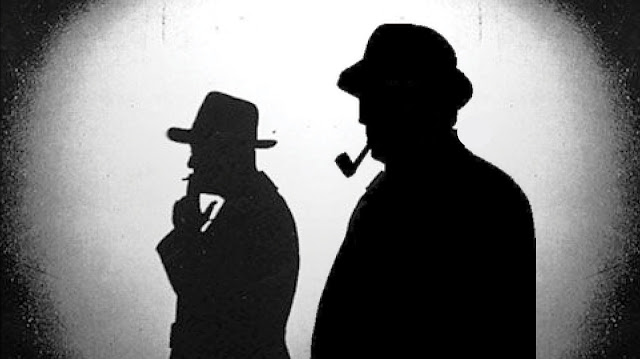 Before he began to write the Maigret novels, Simenon made other attempts to create a detective serial. For example he invented inspector Sancette, also known as inspector 107, which made his appearance in 1929 in the novel Captain S.O.S. Then he was also the hero in four other novels written in 1929-1930: Matricule 12, Le Château des Sables rouges, L’homme qui tremble, Les Amants du malheur. In the same time, he appeared in fourteen short stories, published in the newspaper Ric et Rac from May 1919 until February 1930, as a series called Les Exploit de Sancette. Then Sancette became inspector G.7 in a collection of short stories entitled Les Treize Enigmes, released in the magazine Détective (and in 1932 they were published by Fayard). But the end of Sancette was near. In August 1931 came out another adventure of his, La Folle d’Itteville. Yet in the meantime the tornado Maigret had arrived, with already seven titles launched on the market… Success was in the air, and the approval of the public for the Chief Inspector was already a true reality. On the contrary, La Folle d’Itteville turned out to be a flop. Simenon had also written three other short stories with G.7: La Nuit des sept minutes, Le Grand Langoustier, l’Enigme de la “Marie-Galante”. They were published in 1933 in the newspaper Marianne, then in 1938 by Gallimard in a collection entitled Les Sept Minutes. As Lacassin wrote, this collection was “a tomb stone volume that constituted G.7’s burial. The author had already forgotten the out-of-use character”. Maigret had won… Let’s try to understand the differences and analogies between Sancette and Maigret. What do Sancette and Maigret have in common? Inspector 107 claimed in Captain S.O.S.: “a true policeman in a confessor to whom nobody will say anything and who has to find out everything! […] What interests me is the criminals’ mentality. […] When a crime is committed, […] I put myself in the place of the one who committed it. […] I try to have the same thoughts as he had.” In fact this looks like Maigret’s methods. And Sancette also eats in a bistro on place Dauphine. Young, cheerful, jovial, Sancette, a bachelor with blue eyes and red hair, is a good boy, and has nothing to do with the grumpy, massive and sometimes rude Chief Inspector, of whom he is obviously the antithesis. Yet both smoke the pipe. Sancette entered the police at eighteen, and thanks to his extraordinary flair to resolve cases, he will make an incredible career. He is the youngest in the Police Judiciaire, and they call him gamin (kid). Sancette has a conviction: if, in the first three days of the investigation, he can find a clue, as little as it can be, then the whole thing will be child’s play. Probably Simenon considered Sancette as a kind of “plan B”. In case of a possible disaster… that is to say in case of an editorial flop of Maigret, Sancette could have been the alternative… The outsider was ready. Why did Maigret finally win over Sancette? Maybe because of a certain depth found in the first, that is missing in the second? Probably the Chief Inspector’s characterization was more original and marked. On the contrary, even if Sancette’s character took a certain distance from the clichés of the detective novel in vogue at the time, in fact it was not so different. Sancette was young, brilliant and had many features in common with other protagonists of the literary genre. On the contrary, Maigret was a true break, a decisive turnaround that allowed the novelist to access to literature tout court, far away from the rules that then applied for detective novels. Maybe the Chief Inspector won because he was a character close to common people, with his humble origins, his years of experience in the police, his taste for simple things? Perhaps he won because in his investigations you could predict Simenon’s transformation from a popular novels writer into a novelist… Didn’t Maigret’s stories constitute the anteroom for this type of literature to which Simenon aspired since he was very young?