SIMENON SIMENON "REPORT VINTAGE" - IN MAIGRET SETS A TRAP, PACK YOUR PIPE AND TRACK A KILLER 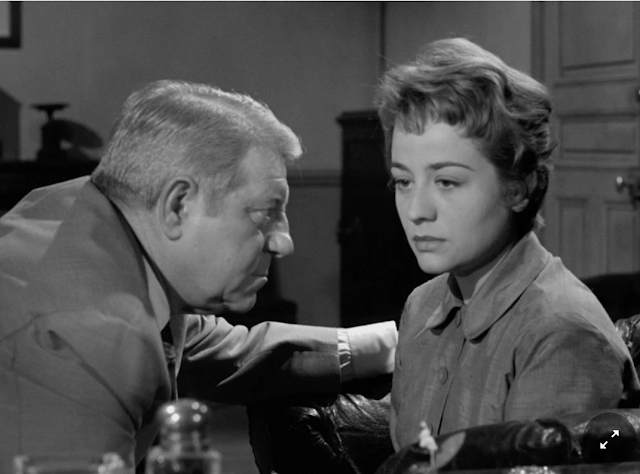 The New York Times - 18/10/207 - James Lewis Hoberman - “Maigret Sets a Trap,” most likely the movie that introduced American audiences to Georges Simenon’s best-known character, was hailed as an event by the New York Times film critic Bosley Crowther. “If you haven’t yet made the acquaintance of French writer Georges Simenon and his famous and fascinating Parisian detective, Inspector Maigret,” he wrote in his review in 1958, “you can’t ask a better introduction.”
What was true then remains so today. “Maigret Sets a Trap,” titled “Inspector Maigret” when it was originally released here, opens Friday in a fine digital restoration for a weeklong run at Metrograph. The film’s director, Jean Delannoy — whose “Pastoral Symphony” shared the top prize with 10 other films at the first Cannes Film Festival in 1946 — was more a sturdy craftsman than a flashy auteur. (François Truffaut disparagingly called him part of the “old wave.”) Still, “Maigret Sets a Trap” is a credible example of the policier, a French genre that flowered in the mid-1950s...>>>