SIMENON SIMENON. THE RHYTHM OF STYLE

About the novelist’s way of writing 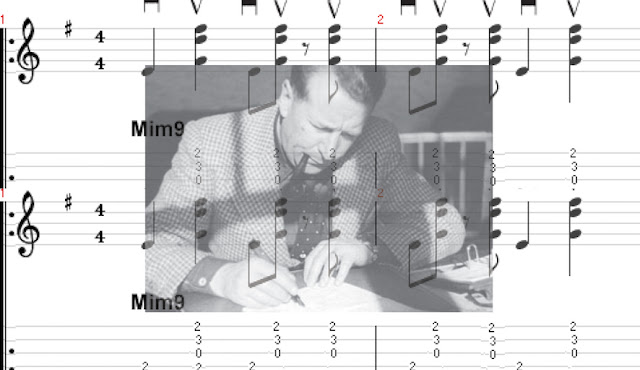 “Style is rhythm, the character’s rhythm...”, “style is first of all movement”. These are two assertions made by Simenon, the first in a 1955 interview, the second in Quand j’étais vieux. It has often been spoken of Simenon’s ability in creating atmospheres and outlining characters with a few strokes. Much has been said about the novelist’s style and in this post we’ll try to take a few steps forward in understanding how the concept of style, which is the distinguishing feature of a writer, is also valid for Simenon.
In his writing, style has nothing to do with refinement of terms or with a beautiful construction of the sentence. His prose, bare and essential, makes use of those mots-matière which, as the novelist explained, “have the same meaning in at least twenty-five cities of a dozen different nations ...” The “mots-matière” are simple, concrete, univocal, and understandable by everyone. They give poetry to his prose. In Le Romancier (1945), Simenon said that the “mots-matière” are “words that have the weight of matter, that have three dimensions… a piece of paper, a glimpse of the sky, any object, often the most elementary in our life, take thus a mysterious importance….” And he explained that an apple painted by a true painter, like Cézanne, had a weight and that he tried with his words to achieve the same result.
Thus Simenon’s main concern was not in making a beautiful writing, but in writing in a language understandable by the most part of the readers. In the 60’s, when rereading the articles he had written in the beginning of the 30’s, Simenon commented: “I was surprised to note that my style of that time was full of facets, much more brilliant that my style of today, and I’m pleased with that because during all these years my main effort has been to simplify, to condense, to make my style the most neutral possible, so that to adhere more adequately to the thoughts of my characters...”
In an interview published in the 60’s in the newspaper Le Monde about his novel The Little Saint, Simenon told that “in fact I’m not a writer. If I were one, I would have built sentences and I would not have managed to describe the life of this man who aspired to put colours on canvas, on paper, on anything. […] He wanted pure colours. I also try to make sentences as simple as possible with the simplest words. I write with “mots-matière”, the word “wind”, the word “warm”, the word “cold”. The “mots-matière” are the equivalent of pure colours. […] I’m searching for a more simple and natural truth.”
Of course over time his prose changed with experience, in relation with age and with various states of mind typical to the considered period. For example the style used in his 30’s writings is richer with adjectives, and then Simenon always tried to dry up his style, to cut down, to be more essential. In a 1963 interview, Simenon explained: “I’m searching for a style not only neutral, but also adapted to the conceptions of my characters at the time. Style has to follow them in every moment and to be modified when my protagonists’ thoughts are changing.”
Thus we can go back to Simenon’s first statement: “style is the character’s rhythm”. In fact, he often claimed that only a neutral style could afford him to better enter his character’s mind, to express and think like him. Simenon had dried up his language, reduced his terminology and economized adjectives, adverbs. And nevertheless this writing, accredited for having no more than two thousand words, succeeded in perfectly describing the most profound moods, atmospheres, thoughts and anxieties… This is, in our opinion, what his style is.