SIMENON SIMENON. A GOOD MAIGRET TO START WITH

About Maigret and the Man on the Bench 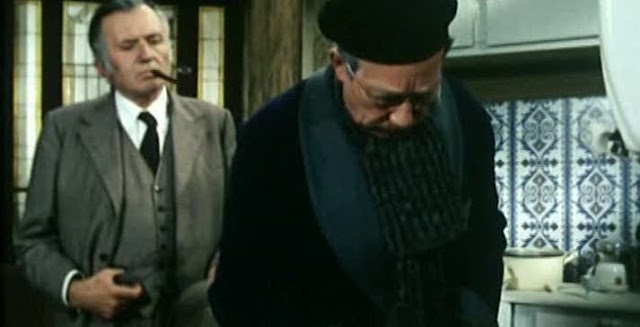 It’s not so easy to pick the best introduction to the Maigret series… Yet I can suggest Maigret and The Man on the Bench because it seems a very suitable starter. Here are the reasons:
First, exactly where one begins to read the series does not really matter because the appearance of the 103 works did not match the chronology of Maigret’s career. Indeed, Penguin has chosen to release its brand new translations in the same order as the original publications.
Second, the story and its telling are typical of Maigret and Simenon. Murdered Louis Thouret turns out not to be the ordinary man he seemed. His wife believes his life consisted of an ordinary daytime job as a shopkeeper while his daughter protects his secret of lounging on a bench for hours, dressing up in outlandish clothes, and dallying with a girlfriend. Using his regular tools (subconscious intuitions, serial deductions, intense interrogations, and one temporary trance), Maigret pieces together accurate images of the unconventional dead man and the somewhat more conventional types that surrounded him. Realizing Thouret’s double life must have required substantial income, which would attract other criminals, the chief inspector ferrets out multiple guilty players, eventually arresting three while letting two others go free.
Third, beyond solid Maigret, steady Mme Maigret, and three familiar sidekicks (Janvier, Lucas, and Lapointe), Simenon sends out a parade of nicely fleshed out characters: the sad sack victim and his overbearing wife, his pregnant daughter and her whining boyfriend, a cooperative concierge and an uncooperative madam, a platonic mistress and an acrobatic clown….
Fourth, Simenon runs the gamut of his customary props. For example, we get cold rain, fine mist, dense fog, black coffee, ham sandwiches, veal stew and, of course, glasses of beer, grog, and brandy for Maigret.
Finally, as if to show how the exception proves the rule, this otherwise representative novel alludes to sex frequently: numerous bare breasts within loose robes, full nudity at least twice, one frank mooning through a window, and one outright proposition in a bedroom.
So, that’s why I submit this well-written, thoughtful novel as a very good start.