SIMENON SIMENON. KNOWING THE MAN TO UNDERSTAND THE WRITER

What is the purpose to examine our novelist's biography? 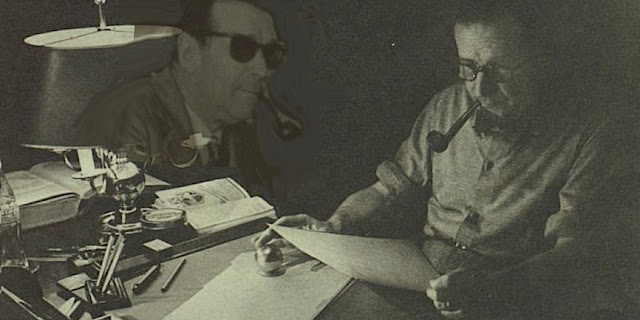 This is the usual big question. May we separate the man from the writer? We don't think so. On the contrary we are convinced that knowing a few more things about the man allows understanding and maybe better enjoying his works. Not that the opposite is impossible. Yet how many times, after having read a book that you liked very much, did you want to learn more about a writer you didn't know? Who was he? How did he live? What did he do in his life? Which part in his writings is the result of imagination or elaboration of lived experiences?
Maybe you would say: does is really make a difference? If the book did please to you, it pleased and that's enough. Whether it is a real report or just an amount of dreams, it doesn't matter or at least it is relatively unimportant. Well, from our point of view, many readers, at least the curious ones, are not satisfied with that and they want to know more things about the author. And basically we believe that it's the same type of curiosity that drives us to know whether this writer did write another book and then to buy and read it.
Simenon is one of the novelists who arouses considerable curiosity, also because his rich and interesting life intertwines with his literary production. As he often said, he entered into his characters' skin, but these were drawn from his knowledge, his travels, his life experience in various countries and in various periods. And Simenon was often willing to showcase.
You have only to consider his more strictly autobiographical works, such as Je me souviens (1940), Pedigree (1943), Mémoires imtimes (1981), but also the novels that were inspired by his personal experience, such as Trois chambres à Manhattan (1945) or Le Chat (1967). Knowing about Simenon's life, his childhood problems, his familial saga, the overwhelming encounter with his second wife, his coexistence problems with his parents or his Denyse, doesn't only give a reference framework. It allows us getting to his works through that plot consisting of real and lived facts that rule the novel, that determine the basically pessimistic and sometimes tragic cut of his stories, in which, as Simenon used to say, the characters come to the extreme consequences of their actions or their fate.
And the site in which you are now reading this post, this Simenon-Simenon that has been on line for now eight years, was born mainly right under this push. Investigating a little all Simenon's aspects by trying to give of him a kind of 3D vision: attempting to shed light on the shadows, bringing up contradictions, revealing aspects less relevant at first sight but nevertheless not marginal insofar, focusing on the context in which he lived, acted and wrote, trying to learn more about the people who were close to him and those that have revolved around.
As we said, we think that all this may not only improve the knowledge about a specific author, but also let us enter the mechanisms of his writing, his style, his working methods that are inevitably a symbiosis between his creativity, his essence and his experiences.