SIMENON SIMENON. A “ROMAN DUR” THAT PRESENTS A “NO-WIN” SEQUENCE

On how, for still another Simenon protagonist, it is “hard” to change his fate 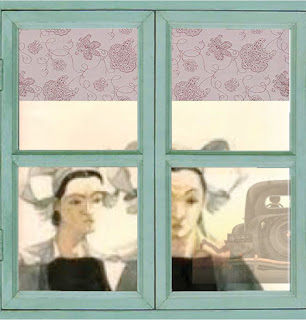 Ironically, a car accident as a new driver gives an inhibited middle-aged bachelor the chance of liberation. In its aftermath, Jules Guérec rebels against a lifetime of oppression under the thumbs of his three sisters in The Breton Sisters (Les demoiselles de Concarneau).
On his way home after a rare nighttime fling with a prostitute, distracted in dread of discovery by his sisters, Jules runs over a little boy, breaking both his legs. He had not braked; in fact, he had accelerated. Fleeing the scene, “he felt he needed to go back, but could not do it.” He finally does return, but because “there is no longer anything on the ground in the middle of the street,” he does not stop and goes instead to a nearby bar. “Feeling a sort of satisfaction” with the “alibi” he has consciously established, he proceeds down a path to shield himself further, first and foremost from his sisters, and then society. He supplements his alibi with multiple deceptions: he stashes his car in the garage, never bringing it out again, claiming a fear of driving. He throws away his incriminating empty wallet. One dark night at the scene, finding part of the boy’s shoe, he runs off to dump this evidence elsewhere, out of sight.
When the victim dies, Jules “does not cry,” for after all, “wasn’t he used to killing thousands of fish every year?” Instead, he thinks mostly about himself, about a trial, prison, and damages. “How much does one give for a six-year-old child?” The idea of paying the funeral expenses pops up as a sop to his guilt, but expands into a series of moves to ingratiate himself within the boy’s family, hoping to protect himself.
Marie is a very young, single parent saddled with the responsibility of the dead boy’s twin brother and her own mentally handicapped brother. Scheming to influence the mother, Jules gives toys and candy to her son and hires her brother as a helper at his work. With thoughts of guilt, pity, and self-protection swirling, Jules’ interest turns romantic. His attraction to her is “like a mystery,” but because “it was stronger than he was,” he advances into courtship. Seeing the opportunity to “abandon his routine,” escape his sisters, and have “a household of his own,” he proposes.
However, having become increasingly suspicious of his role in the fatal accident and his subsequent scandalous “kindnesses” towards Marie, his sisters leap to thwart his plans. A confrontation erupts over their intention to buy her off. Jules threatens to leave home forever if they go to her with money—and worse—the truth, but they expose him and block the marriage nevertheless. In response, the little brother who had contended “I am a man and no longer a little boy!” regresses into punching one sister in the face, ravaging the sisters’ shop, packing his bags, and holing up in a hotel. Not surprisingly, he relents and submits to his sisters’ will. After a final act of independence (with a prostitute), he rejoins them and becomes “as enthusiastic as the others. […] It was better this way.” Despite recognizing his sisters as “egoists” who “acted like that in order to not lose him and, no matter what woman he might have chosen, they would have put sticks in his spokes,” the fundamentally weak man is “content” to continue living with them. After all, “the old life had been comfortable.”