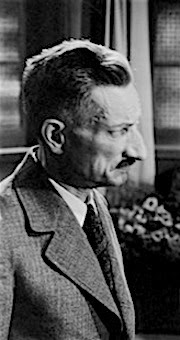 This new Penguin ‘Maigret’ presents Inspector Lognon at death’s door. “Seriously wounded” in a drive-by shooting, he lies in surgery with “little chance of living.”
A detective very familiar to Maigret fans, Lognon is generally recognized as “obstinate” and “scrupulous” like “a hunting dog that, once on a trail, never let go.” He has earned two nicknames: “Inspector Surly” applied by many of his associates because of his “grouchy manner” and “Inspector Unlucky” applied by Maigret himself because “poor Lognon had a knack for drawing every misfortune upon himself.” Nevertheless, having often positively “underlined the man’s merits in his official reports,” the Chief Inspector is deeply affected by this crisis. “Because it was about Lognon,” the case “took on a less professional character.” Thus, Maigret embarks on an exhaustive effort to collar the culprits.
At the same time, sympathetic Madame Maigret becomes deeply involved with Lognon’s wife and discovers Solange not only hypochondriacally obliged her husband into “an impossible existence” caring for her, but also unfairly blamed Maigret for “persecuting” him and blocking his ascension up the police ladder.
While Lognon fights for his life in the hospital, Maigret ferrets out what he had been doing before getting shot: apparently, he was “frequenting a damsel,” a pretty young maiden in her upstairs apartment. However, figuring the man was no “Don Juan,” Maigret finds that he had actually been there on stakeout “for at least 15 days” without telling anyone. The girl vanished right after the shooting, but with some great detective work, the Chief Inspector eventually traces her. Having fled out of fear for her life, she informs Maigret that Lognon “told me he had never had any luck, but if I helped him, everything was going to change because he was on a very big case.” Maigret agrees: “As

he told you, he doesn’t have any luck… Either someone cuts the grass out from under his feet or he gets taken out as he’s about to carry the day.” Maigret deduces that the detective had been spying on some suspicious activity across the street until the criminals spotted him smoking cigarettes at her window and brutally shot him down. Determined to identify the attackers of “a colleague gunned down,” Maigret accelerates his investigative efforts. “Wishing all the offices were open day and night,” he shifts “the machine” into high gear. “Above all, hurry up… Get rolling, full speed ahead.” The big man himself is too excited to even eat! Count on this “feverish” Maigret to pull the pieces of the puzzle together, make the arrests, and give the credit to the, at last, recovering victim.

A month later, Lognon leaves the hospital, “more thin than ever, but with a twinkle in his eye” because he “was somewhat of a hero from here on. What’s more, it wasn’t Maigret’s photograph, but his, that the newspapers published.” Ironically enough, during his prolonged surveillance, Lognon had “bragged” to Solange “the papers would soon be publishing his picture on the front page.” He goes off to the country for two months to recuperate, but as Madame Maigret predicted, the convalescing man spends the entire time caring for his wife, who had “no serious illness” at all.
David P Simmons
Pubblicato da Maurizio Testa a 09:51