SIMENON SIMENON. ON HUNTING FOR HIS HARD TO FIND BOOKS.

Some suggestions for navigating the bookseller and library worlds. 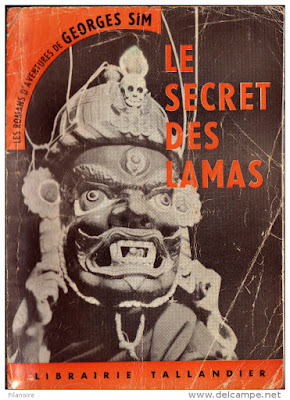 A mixture of recent frustrations and successes in locating Simenon works gave me the idea of sharing some search techniques with other fans of the author. Be it in English or French, whenever I go after a book, I want it in hand quickly and economically. Problems in acquisition arise for many reasons: Simenon publications have been appearing for almost 100 years. There are many books and short stories. They come in both single editions and collections. Some are out of print. Used books may be more reasonable in cost, but their condition may be problematical. Thus, locating and obtaining a particular, suitable book can be easier said than done. Amazon.com (http://www.amazon.com/) gets my first look primarily because it’s by far the biggest bookseller in the world. Going to the other international Amazon sites may be necessary. Using its third-party sellers has been reliable. Sometimes a judicious key word or two will work, but using both the title and author names narrows the search and using the ISBN number improves its accuracy.
Strikeouts and long counts of foul balls on Amazon drive me elsewhere on the Internet. My preferred second search tool is BookFinder.com: (http://www.bookfinder.com/?src=google-bf&gclid=CJL8iNmpnKYCFQQ65Qodh3R_pA) This site touts its ability to search “150 million books” and “100,000 booksellers worldwide.” New and used books are automatically generated on two side-by-side listings. Links to the various sellers are provided. The prices and cost of delivery are stated. Its multilingual capability is a bonus for polyglots.
Some may prefer or be forced to borrow books from a library. In fact, for some out-of-print editions, a library may be the only hope. For this exploration, my go-to option is the Online Computer Library Center’s WorldCat. (https://www.worldcat.org/) You enter the title and/or the author first and then, in a simple second step, your postal code. Both print and eBooks are included. Libraries holding your choice are presented in order of their proximity to you. There are many interlibrary loan programs that make it quite easy to bridge the distance gap.
Having digital books on your reader in seconds certainly makes them tempting, and being generally cheaper than printed books makes them attractive. Be careful! ‘Free’ versions might seem great, but it’s often hard, if not impossible, to tell if a source is legitimate or not. For Simenon’s works, the chances are great you’ll be dealing with pirated texts. Some are in the public domain since he published his first book way back in 1920, but most of his works are still ‘protected’ by copyright law. Be aware that the later English translations fall under the 70-year copyright rule, too. Keep in mind such downloads won’t have been ‘free’ if you get caught, fined, and imprisoned. In addition, even if you’re lucky in using such sources and you escape without infecting your computer, you may still be vulnerable to unwanted solicitations forever. So, I’m not listing any of those sites.