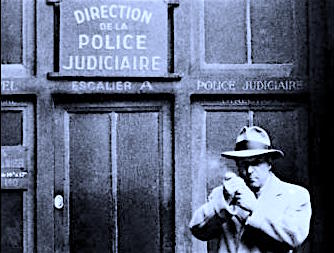 Chief Inspector Maigret's investigations were told in 75 novels and 28 short stories. Probably the novels are more known than the short stories, and sometimes, new readers of the saga are surprised by the difference of writing and of setting between the two kinds of texts. For example, in the novels the character of the Chief Inspector may appear different, more operative than in the novels, where he appears more reflective. The structure of the investigation is more traditional in the short stories, and focuses more on the "detective novel machine": crime – investigation - suspect hunt – final confession. Thus for some readers there is a kind of disappointment in finding a Maigret who looks like Sherlock Holmes, paying more attention to material evidence and scientific facts than to intuition and psychological investigation. And other readers would complain about the minor weight given to atmosphere and to these moments when the Chief Inspector enters a bistro, or spends Sunday at Meung-sur-Loire, or even follows his own reflections, smoking his pipe on the platform of the bus that takes him to the Quai des Orfèvres.
Yet we can consider another point, which is the different writing typology imposed by a short story compared to the novel. It is obvious that the short story is concentrated in a dozen of pages, whereas in the novel the writing may enjoy a wider breath and a more free choice in the elements to use to tell the story. We know that one the values in the Chief Inspector's novels is the marginalization of the investigation itself and the greater interest in the ambiance, the characters and their lives, their behaviour, in the psychological analyses. In the restricted space of the short story, the investigation acquires a place of greater importance, and the protagonists, however well outlined and framed (let's remember Simenon's art to describe people and situations, using a few words in a never hurried or dry synthesis), remain sometimes in the background. Indeed these are the rules of the game. In the short story there is less space for finery and digression, and particularly in the detective short story the "machine" we spoke of above has to function, the investigation must obligatorily have a beginning, a development and an end. Thus the problem is space and this was also the case for a magician of synthesis and narrative dryness like Simenon.
In fact, we have to say that in the Maigret short stories we can breathe an atmosphere similar to that in the novels, the characters keep the fundamental traits and the situations are as classical as those we can find in the novels. Of course some cut, some ruptures, certain narrative shortcuts are unavoidable, and obviously we can find them, yet we think that this is a further confirmation of the simenonian ability: condensing in twenty pages what we have the habit to read in over a hundred. It is not at all a simple procedure, neither easy, we assure you. Even if the short story cannot be the same thing as the novel and the differences are felt, however.
Already in itself the short story is a test bed of importance for a writer, but it is even more so in the frame of a series that we are used to read in novels. If we add that in the course of time the Maigret novels, because of their psychological depth, the themes treated, the presentation of characters and the way of writing, came significantly closer to the "romans durs", we can understand how to reduce everything to a few pages was an attempt that had its cost even for a writer like Simenon.