SIMENON SIMENON. BURNET AND SIMENON: BIRDS OF A FEATHER? / 1 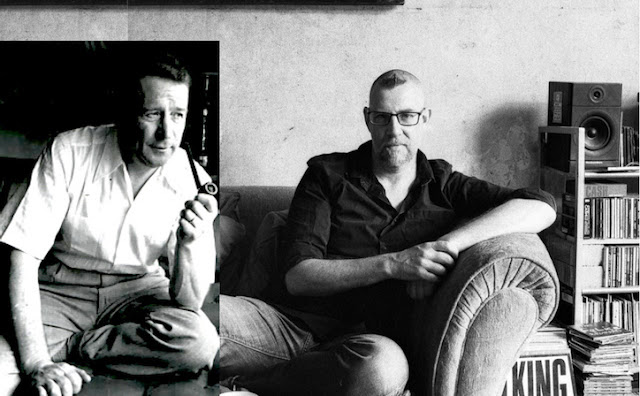 One review of The Disappearance of Adèle Bedeau (2014) connects author Graeme Macrae Burnet to Simenon. Another wrote: “this novel titillates with its homage to Georges Simenon” and another opined: “The book is also something of an homage to the master of French crime fiction, Georges Simenon.” The Guardian dubbed Simenon Burnet’s “literary hero.” Burnet reviews 24 Simenon novels on his personal website. So, my question became: is Burnet’s work like that of Simenon?
Here, I look at Burnet’s writing style and present his two protagonists. Beginning with the style, the subject divides logically into similarities and differences. It is Simenon-like. As in the Maigrets and roman durs, the prose consists of short, simple, and straightforward sentences without subordinates. His descriptions of people and settings and action are strong but sparse. Nothing is flowery. He builds the mystery well. One knows bad things are going to happen, but not what or when. The tension progresses, even approaches a thriller. In the content, many characters are flawed. Psychopathology is prominent, especially paranoia.  A lot of alcohol is downed. Drunkenness and hangovers follow. Yet, there are many differences:  rain, fog, and cold are lacking. There is little gloom and doom. Most outstanding is the extensive open and explicit sexual material. Well beyond intercourse scenes, one gets breast and penis, masturbation and dry humping, emission and ejaculation. Other non-Simenon features include an erotic vampire fantasy and sprinkled references to literary figures such as Camus, Sartre, Gide, and Zola. As for the two protagonists, Burnet adroitly alternates their appearances while balancing their roles almost equally. As he develops their personalities and personal issues, he increases their conflict.
Bank manager Manfred Baumann is a misfit. Extreme social ineptitude inhibits interaction with most everyone. “Manfred did what he always did […] He cast his eyes down and said nothing” and “thus, people felt ill at ease in his company and this served to reinforce his awkwardness.” As result, he has no companionship, even among “his fellow maladroits.” So, he compensates with a highly regimented, ordinary life. For example, “he struggled to fill” his weekends with household chores. Particularly formative is his confused sexuality: Most think he’s gay, but he is heterosexual. He fixates on sex, but it remains incomplete. Although girls “occupied most of his waking thoughts,” his “favorite moments of the week” are secret trips to a brothel for kinky sex. This routine, along with “a rigorous regime” of masturbation “whether he felt the urge or not” shows he had “made a pact with himself to curb the malevolent force” of his sexual desire. He combats the headaches that incapacitate him as “a kind of just punishment” for his acts with his usual fallback: strict regimentation in daily activities and behavior. Thus, Burnet presents a seriously mixed-up man on a downhill course compounded by lying deliberately—he “did not like to be involved in anything”—and drinking excessively—he “always drank the whole bottle.” At the end, Manfred Baumann fails à la Simenon. Inspector George Gorski comes up in the second part for assessment.