About the influence of Simenon's biography upon his works 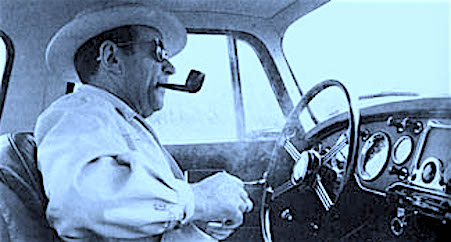 Simenon's personality, his life and works have always been a topic of discussion. Some thought him a clever, not without a certain talent, but shrewd seller of an ultimately popular literature, but above all of himself. In short a kind of expert in marketing, at a time when this was a concept still to come. Some, like Gide, considered him as the 20th century Balzac. Others compared him to Dickens, Dumas, Gorki, Conrad, Maupassant…
But who was Simenon in reality? Of course his life story is studded with shadows, not every of his thousands of works is a masterpiece, and he had a keen business sense; but this is something more or less common for almost all writers and artists, and even for all men.
Another thing often pointed out was his perpetual removals, which were described as a sign of instability in his personality, of insecurity, of not feeling well in any part of the world and with anybody.
In our opinion, we must not forget at the same time the positive aspect that this unstable personality had on him as a writer. If you know well Simenon's biography and bibliography, you can't but realize the straight bonds between his life experience and his writings. And as it happens to everyone that writes, putting aside the fact that he transposes on the page some autobiographical aspects or stories that were told to him, anyway he puts something of himself in his writings. Yet in Simenon's case it's a more complex reworking of states of mind, of a deep knowledge about ambiences, mentalities, ways of living and people, which intertwines with a story (because Simenon was a real storyteller) that is supported by a consistent psychological system (because Simenon was a deep connoisseur and analyst of human mind) and the story is characterized by credible and engaging atmospheres (because Simenon was an acute observer of the environments he frequented, where he succeeded in merging himself and absorbing moods, relationships and habits…).
If we add to all this his search for "naked mankind" (that is to say of being without social and cultural superstructures, therefore of human essence), we thus have the profile of someone that had had uncommon life experience and knowledge, which was very important for his writings. All things that were then mixed with his innate talent in writing and telling stories. Here and thus Simenon's novels were born, his "romans durs" as he defined them.
And his travels around the world, across continents, countries and cities, his various domiciles, his frequenting of taverns, bourgeois ambiences and high society, all this enriched his experiences, on one hand, and on the other hand it widened his mentality, to the benefit of the quality and the depth of what he was writing.