How the novelist became gradually known in the early 1930s 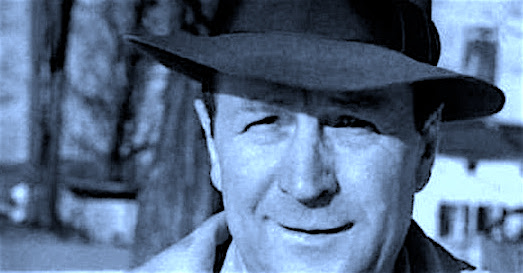 Despite the more than two hundred publications in the popular literary genre that Simenon had already written in 1931, his fame was still confined to France, and we could even say to Paris, in particular because these novels, short stories and tales were signed under pseudonyms. Thus he was known and judged by insiders, and, to tell the truth, with more quantitative than qualitative criterion. For people his most popular name was Georges Sim, a pseudonym that the writer reserved for his best writings.
The true qualitative leap was made with the Maigret series. Contrary to his publisher Fayard's catastrophic forecasts, despite total strangeness to the rules of successful detective novels, the Chief Inspector from the Quai des Orfèvres won with an unexpected public success, while the critics still remained sceptical. Simenon's impressive production, while he was so young, made of him an outstanding writer, yet it was popular literature that had little weight in the critics' consideration.
Nevertheless Simenon believed so much in it that he exposed himself openly: in fact it was the first time that novels were published under his real name. Thus the leap with the Maigret novels began to make a dent and Simenon was more and more regarded with different eyes that those that had judged Georges Sim.
And the Simenon-Maigret phenomenon began to interest the critics also in other countries than France. One of the first foreign critic who was interested in it was the American journalist Janet Flanner from the New Yorker; although the article she wrote in October 1931, entitled "Paris Letter", contained a number of errors, it revealed the writer to American readers. Flanner wrote: "The popular detective story, originally nurtured here by Gaboriau, Gaston Leroux, and Maurice Leblanc, has suddenly developed a new local vogue and a new writer; Monsieur Georges Sim, who at the age of twenty-eight has already written two hundred and eighty yarns. […] Simenon's detective is fat and named Maigret; the crimes he solves are published monthly, are the talk of the town, and sell for six francs. The stories are distinguished by a talent for suspense, begin better than they end, and contain in each case a crime curiously suitable to the geographic setting." She concluded her article by quoting Simenon's own words: "My ambition is to arrive little by little in the class of a Jack London, or — who knows? — even of a Conrad.", and she added visionary: " Monsieur Simenon is mistaken; he is already in a class by himself."
Still on the other side of the Atlantic the New York Herald Tribune in 1932 talked about a young Simenon who "does fine in Paris... at twenty he has already two thousand and eighty novels on the shoulders..." In Britain the prestigious Times Literary Supplement considered "ingeniously constructed and well told stories", and the Evening Chronicle rightly pointed out that "it's not correct to compare him to Edgar Wallace whereas the two writers have only in common their big production…"
In the following years critics would be more favourable, recognizing Simenon's qualities as a clever writer, an original mystery writer and for his merit of being understandable by everyone. On these bases Simenon would feel secure for his subsequent leap to literature "tout court", starting to write what he would call "romans durs".