On medicine’s role in three lives: fact and fiction, all mixed together. 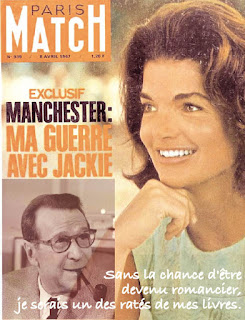 The 1951 book Maigret’s Memoirs teaches us that Maigret knew Simenon. The policeman reports his first meeting with the writer in his chief Xavier Guichard’s office in the late 1920s and a relationship that extended well into Maigret’s retirement years. In a 9/26/1979 letter posted in the newspaper L'Illustré de Lausanne, Simenon dates their first meeting to 50 years previously and confirms a relationship into the 70s. (Predictably, the two do not agree on the precise time or place.)
In addition, we discover Maigret has read all the books about him that Simenon had written. We also learn the two men shared an interest in medicine. Drawing upon his two years in medical school at Nantes, his medical discussions with his best friend Dr. Pardon, his subscription to the British medical journal Lancet, and his reading of borrowed medical texts, Maigret often applied his clinical knowledge to understanding his criminal cases.
Maigret recognized that Simenon regularly employed a doctor’s viewpoint in understanding as well. And the writer didn’t disagree. Indeed, in an April 8, 1967 interview published in Paris Match, he spun the idea this way: “It turns out that it’s with them [doctors] that I feel the most comfortable, perhaps because they have almost the same point of view about man as the novelist.”
So, we either do know factually or can imagine easily that the two men talked about all sorts of medical topics, from clear-cut subjects to obscure themes. In particular, they loved to review the details of police investigations, the complexities of criminal minds, and the nuances of death, homicide, murder, and suicide. It’s not a stretch to suspect these two may actually have regretted the professions they had chosen.
Let’s then, for example, fantasize about how these two ‘doctors’ would have dissected The Teddy Bear right down to the bone. Just one of Simenon’s numerous novels where life and death are on a collision course, this story focuses on obstetrician Jean Chabot—a doctor, drinker, and redhead eerily resembling Victor Gadelle, the drunken doctor who had killed Maigret’s mother. When the renowned, fulfilled but overworked Chabot botches a delivery, a tightrope walk begins. Depressed, he drinks heavily and takes drugs, both only increasing his vacillation. He rapes a young woman, who becomes pregnant, and she kills herself. The guilty man prepares himself for suicide as the solution, but realizing he doesn’t have the courage to kill himself, he hopes a catastrophe will sweep him away or someone else will end his misery. When, upon discovering his mistress with another man, he kills him and asks her to call the police, it looks as though his wish may come true.
How might Maigret and Simenon have regarded a man of such weakness like Chabot? Contemptuously? Understandingly? Forgivingly?
David P Simmons
Pubblicato da Maurizio Testa a 11:00