About the reporter who becomes a budding writer of novels 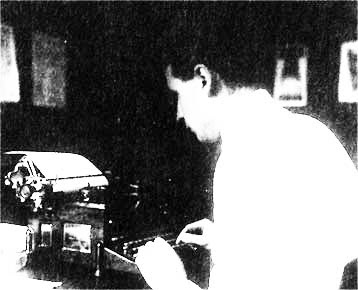 Georges was leading a “life of frenzy” at 18. He was working hard as a reporter, but he was also busy guzzling drinks and chasing women, especially prostitutes whom Simenon often said were “the least hypocritical, most direct, and most agreeable of all ‘females’.” He later indicated he could easily have fallen into “delinquency attracted by its unknowns, adventure, and risk” were it not for three “safeguards that held him back,” specifically his father, his boss and his future, first wife. The latter he met upon arriving at her house for a meeting when he was “already more than slightly drunk.” She helped him wobble from the front door to a couch where he collapsed.
They became engaged within “a few weeks.” Assouline explains this action in a non-translated passage: “Solitude terrified” Simenon. “Of all the ghosts that haunted him, it was one of the most tenacious.” Indeed, “marriage was the only way to ward it off. To reassure himself and take refuge from it.” He had a “distrust of unmarried life” and a belief “only a married couple could achieve true human unity.” Thus, he “needed Tigy (formally Régine) to protect him, to keep him from personal excesses, the tendencies pressuring him that nothing seemed able to repress.”
Furthermore in 1921, Georges “knew it: he will be a writer.” He saw himself not as a man of letters but as a humorist. In fact, his first novel was a short humorous work. Assouline doesn’t comment on its success although one does learn that Simenon “stubbornly refused republishing” beyond its original 1500 copies, judging it “bad and, to be honest, unprintable.” His second novel came out the same year, but Georges did not publish this “picaresque and philosophical” work because his boss at the Gazette said: “You have a choice. Either you publish your book and leave us or you give up on it and stay with us.” Assouline projects his motives for discouragement were mixed moral and political ones. Simenon’s third novel, a detective story parody written in collaboration with a journalist friend a short time later, suffered a similar fate: never published, Simenon considered it “execrable.”
Also in this momentous year, Georges lost his father to heart disease. It was a particularly tough on him because he “had always placed his father above everything” and afterwards he “raised him even higher and idealized him in book after book.” Making things worse was the fact the family didn’t have enough money for a decent burial. Georges realized then that “the most important date in the life of a man is that of his father’s death” and that “he must experience an intolerable deficit with the understanding he had just lost his best friend.”
A few days later, Georges had to leave for his obligatory military service, causing further turmoil in the teenager’s life. More or less enduring this little described one-year stint, Georges did eventually improve things by finagling a way to write for the Gazette and even spend his daytime hours at its office. Just a few weeks short of his 20th birthday, he left the army and, more significantly, Liège. Simenon “would never forgot or deny his city.” Indeed, that world so influenced him he later attested: “All my novels are fantasies of my childhood.” But Georges was headed for Paris!