SIMENON SIMENON. THE INK AND THE WINE FLOWS

On how the young novelist starts runaway production in Paris 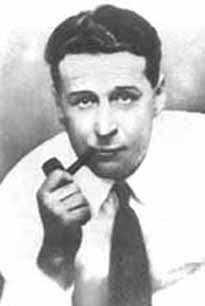 Back in Paris, the couple lived in a single room. Cooking was restricted to a hot plate on a windowsill, but at last Simenon was able to work at writing as he intended. He continued with his chain of critical portraits of other current writers and added a series of suggestive stories “conveying the act of lovemaking without writing it” sprinkled with elements of voyeurism and exhibitionism throughout. The production of ”several stories per day” on the average “enabled him to rapidly make money.” But Simenon would have made very slow headway had he not encountered Colette, who woke him up by advising: ”You are too literary… Eliminate everything literary and that will work.” He never forgot that counsel: “I tried to be as simple as possible.
In the beginning, Tigy did her painting and Simenon even helped by framing her canvases, but as his output increased, she abandoned hers. Notably, in a non-translated passage, Assouline describes Tigy’s sacrifice as “pulling herself away from her beloved painting to better assist her husband.” What he earned he quickly spent and he quickly spent what he was going to earn. Assouline sums Simenon’s attitude up in a few words: “Money? He will write even more stories.” For example, Simenon leased more space, furnishing and decorating it lavishly. When he wasn’t “pounding his typewriter, only stopping to refresh himself with red wine or watching people come and go,” he was hitting Parisian “restaurants, bars, and nightclubs.” His “preferred part of town” was Montparnasse where he felt “in his element” with Tigy as “his guide.”
To float this costly boat between 1924 and 1931, Simenon published about 190 pulp novels under 17 pen names. Their content was all over the block: playful, dramatic, licentious, steamy, crime, detective, adventure, romance, love, comic, and exotic travel. The writer called these distinctly commercial moneymakers “novels for secretaries.” As for substance and quality of the works, the writer explained himself as “the provider of a product that had its place in the game of supply and demand.” Although he later swore, “I don’t disown anything I wrote, not even my popular novels,” in private he acknowledged their “absolute banality.”
To facilitate his now substantial productivity—he averaged “eighty pages a day” and “ten to twenty thousand lines” per novel in a “sunrise to noon” effort every day―Simenon took to dictating his novels, drawing from hastily scribbled notes and an illustrated Larousse atlas. Thus, he hired a secretary and soon expanded his team with a housekeeper. This latter woman became “a key character in his life” and “a unique, privileged witness to all his phases.” Simenon immediately nicknamed her Boule, probably in (prophetic) reference to her chubbiness. ‘Ball’ is the most common English translation, and her rounded body pleased Simenon regularly throughout his life. On the other hand, there is speculation Boule was his way to avoid Henriette, her real name, because of his uncomfortable issues with his mother. In any case, by 1925, complete with a chauffeur, the “Simenon Organization” was up and running well.