SIMENON SIMENON. MANY UPS AND DOWNS

About the young man in a whirlwind of writing, partying, loving, and marketing. 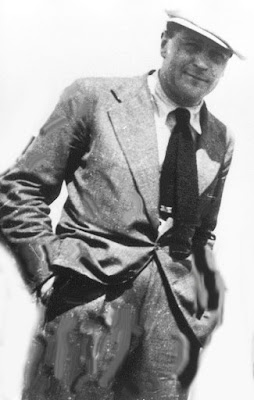 The author at the head of the Simenon Organization was also “the best agent for his works.” In 1924, he started with one publishing house and loyally churned out “dozens and dozens” of “popular” manuscripts for the low-end market. But when its printing press and distributors could not keep up with him, he got himself published by four of its competitors and his already tremendous productivity increased. So by 1925, Simenon was “riveted” to his typewriter,” but as Assouline points out, he treated himself to vacations that were as long as his persistence in writing was extensive.” For example, the couple spent a few months―notably financed by what Tigy got paid for one of her canvases―in the ‘paradise “ of a Mediterranean island. Porquerolles became their “secret garden,” but it was still in Montparnasse where Simenon “blossomed better than anywhere.” There, he “made friends with creators” and “rebels,” a mixture of writers, poets, and artists. Equally, he practiced his infidelity several times a week and even several times a day with “the most charming women in Paris”―prostitutes. Simenon also immersed himself in long nights of artistic events and social galas, drinking more than he should and adding hashish to his pipe. Within this celebrity crowd, Simenon met the rising Black entertainment star Josephine Baker. The two clicked instantly and continued an intense affair for approximately two years. But Simenon became frightened: “I had become the friend of Josephine Baker whom I would have married if I had not refused, unknown as I was, to become Mr. Baker.” Although still wildly in love, he decided to ”to break off completely” from her, so he left Paris to hole up on a small island off the Atlantic coast where he “exorcized his inner demons” through his writing. How successful was he? According to a Paris Match 1989 article discussing their “brief, furtive but hot affair,” Simenon stated they “only met up again 30 years later” and they were “still very much in love with each other.”
In 1927, Simenon was running away from Paris as well. Hired by a clever newspaper entrepreneur for a circus stunt, the author was supposed to write a novel within one week while cooped up in a glass cage on a public street and receive 3000,000 francs for the job. But the promotional project became “a subject for ridicule.” This criticism was strong: “He was a writer, here he’s an acrobat” and “It was all about a mermaid on exhibit in a sideshow” and “But pity him; Georges Sim has committed suicide.” With all this press and publicity coming before the writer even began, lo and behold, the project was cancelled (probably because the newspaper being publicized went into bankruptcy). Still to this day, some say and believe he actually did it! Indeed, because many sources reported things as though the “performance” had taken place, Simenon spent the rest of his life known as “the-man-who-wrote-a novel-locked-up-in-a-glass-cage.” What did this episode bring him in the end? “25,000 francs, which he needed badly, and a legend, which he would have been fine without.” This famous non-event, nevertheless, dated “the real birth of the Simenon Phenomenon.”