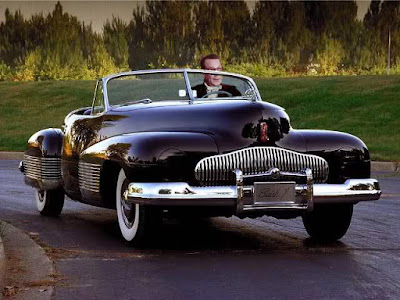 In September 1946, Simenon began a trek down the seaboard from Maine to Florida, a drive that engendered ‘gas money’ articles for that year’s newspaper France-Soir. Entitled Mister Everyman’s America, it was Simenon’s last ‘grand reportage’ in the series begun in 1931. The articles appeared subsequently in a book in 2013 and a collection in 2016. Had there been an English translation, it would have been called “From Seals to Palm Trees and Rattlesnakes” America by Car.


19 articles make up Simenon’s travelogue, which opens projecting a focus on “all those small details of current life.” For example, he provides small details about the pervasive black market for automobiles in the USA. A big detail, however, is that the trip involves a two-car motorcade: Simenon rode with Denise (and Marc) whereas Tigy (and Marc’s teacher) were in a separate car he “almost never saw.”


Traveling down the East Coast with Simenon, one gets a light, chatty description of how America strikes the author. He picks out things that contrast to what he has encountered in France (and elsewhere). It’s by no means an inclusive list, but it covers a wide range of topics. They certainly are small details, things we Americans don’t notice or, at least, take for granted, but a number of his pros and cons are fascinating. For those Anglophones who cannot read and so enjoy these Francophone insights, I’ve put together some samplings that will string out in a series of posts.
Here goes:
Every house, car, and store has its radio, “playing all day, everywhere.”
Tossing out the word “Paris” opens doors all along the route.
Route One going down the coast is “like those rivers that have nothing at their source, but gain in majesty on the way.” Yet, no majesty appears in his Route n°1: hot-dogs, ice-cream, Coca-Cola, et tourist-rooms article.
The houses are all “belted in grass […] always giving one the impression of passing through a park.” Except for the current member on “grass duty” at the lawnmower, the family “rocks back and forth” on the front porch.
“Long rooms” replace [real] restaurants with “long counters” and “high stools all along them.” There are “little gobs” of chewing-gum  “glued” underneath, distressing little Marc, who “looks forward to eating in a big hotel free from those sticky excrescences.” The bathrooms are “dirtier and more derelict than in France.” The toilets don’t flush, and writings cover the walls.
There are farms “where nothing smells like a farm” and “you never see manure.”
“The car engine drones. The radio, too.” Simenon credits the USA with “the first soap opera.” He adds that “one could say soap operas are the mainstays of American radio,” citing Stella Dallas (the 15 minute drama running weekday afternoons from 1937 to 1955.) as the one he listens to.
At this point, Simenon sums up: “It’s idiotic, I know full well.” But “Despite everything, I never reach a feeling of expatriation. Far less, for instance, than on a highway in Holland, Hungary, or Spain.”