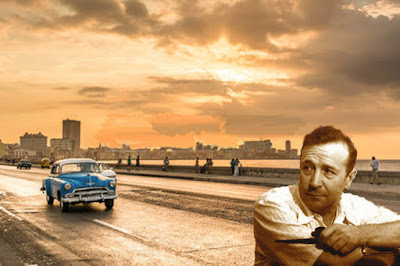 At last, we reach Washington DC, “which became in some ways the belly button of our planet.” But once there, Simenon “finds nothing to say about it.” Although it is neither pretty or ugly, neither immense or small, neither swarming or bleak,” he does admire its “wide avenues, greenery, and [once again] lawns.” He doesn’t “hang around there” very long because “ever since New York,” he just “couldn’t wait to get to the Southern states.” It’s also “too bad” for the “great city” of Baltimore although he does tout how “clean” and “carefully organized it is. He also gives a nod to its “university, schools, and libraries, to everything that is public […] and still phenomenal.”
What he really wants to see are the “cotton and tobacco plantations.” Indeed, Virginia, Carolina, Georgia, Florida are “words singing in his ears since childhood,” and he yearns to “complement them with images at long last.”
Before passing on into the South, however, Simenon makes an important point concerning the United States collectively. “The State is made for the citizen” with the result being that students in its schools learn to be “confident” of “its unlimited opportunities.” This makes the American people “optimistic,” and “optimism is the quality” Simenon “values the most.”
Once down South, Simenon leaps to describe “the small towns of the same kind” he “comes across everywhere.” Each town has “one wide street” where you join horse-drawn carriages and carts as well as other cars. Main Street has its “chain” of shops, some gas stations, auto part stores, and bars as well as an outdoor covered market. There is, of course, “the Bank.” The rest of the town combines “tasteful” and “rundown” houses, the latter for the “colored people.” In these “almost exclusively agricultural” surroundings, the traveler discovers the “great white colonials” on “plantations” and the “shanties” on “little farms.”
Moving from the cotton fields on to the tobacco plantations and into the hibiscus perfume, Simenon starts looking for alligators and snakes, palm trees and cactuses. The attitude, language, and behavior of the people changes as he descends from the North to the South. “They are still Americans,” but he asks, “Am I going to discover, by way of contrast, the true meaning of the word courtesy?”
Another change is that Southern folk are blond, “often very blond,” and very proud of it, “considering themselves, of all Americans, the least intermixed.” He recalls the Northern folk with their “darker skin and black hair.”
It’s gradually becoming clear that Simenon is more enchanted by the South then the North. “Nothing in the South disappointed me, other than perhaps, Oh Paradox, to have found it so similar to what I was expecting.”
Because he has to be in Savannah quickly for business reasons, he cannot go to Charleston whereas Tigy (and Marc’s teacher) got there, which once again underscores the separation created by the two-car motorcade. (Or was it by Simenon himself?) In any case, he’s on his way to “The World’s Greatest Attraction.”