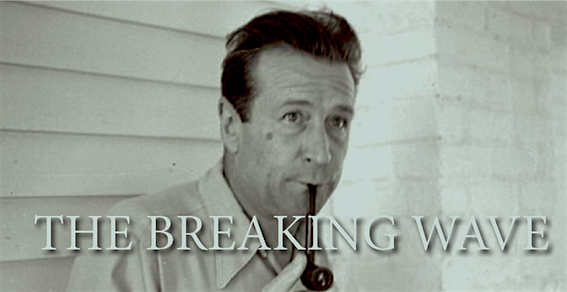 There’s some opinion that Simenon did not portray strong women characters. Yet, women truly wear the pants in this novel, the exception perhaps proving the rule. 28-year-old Jean likes the life he leads. Actually, it’s an ordered life dictated by his aunts, Hortense and Emilie, two spinsters who took him in him as an infant since his unknown mother died in childbirth and his father, their brother, had left the country, never to return. Jean is content in this dependency until the aunts react to his knocking up young local girl Marthe by manipulating her into having an abortion and Jean into marrying her afterwards. Things go rapidly downhill for the newlyweds thereafter, particularly because they live in the same house with the aunts.
Let’s look at this domineering female team: when the abortion becomes complicated, it leaves Marthe chronically “ill” and Jean emotionally “exhausted.” Exploiting this situation to their advantage, the aunts control the pair’s day-to-day existence. The calculating women engineer a “suffocating” environment, insisting the couple must “never ask questions.” Thoroughly dominating Marthe and Jean, they make her a virtual shut-in and restrict him to a slave-like houseboy’s role. Claiming “things get worked out best by women,” they are like rigid “statues” that “rushed nothing,” yet “no matter the cost, they got where they wanted to go.” Notable putdowns like “men cannot understand” and “you cannot understand because you are not a woman” crush what little resistance Jean tries to put up. Marthe cooperates and Jean gives in as the “bitches” proclaim, “You will be saying thank you to us.”
Let’s now look at the two women as individuals: Hortense is “solid” and “bony” and “enormous.” In fact, she’s the same size as Jean, but she’s “tougher.” Standing “tall and forbidding like a tower,” she projects a “coldness” and “calmness” that renders her even more “disagreeable” although, on rare occasions, Jean glimpses some “femininity” under “her carapace.” People say she is “a powerful woman, solid as a man, who runs everything with a big stick.”
Emilie, in contrast, is “thin” and “sickly” and “nervous.” She walks “with such soft steps one is surprised to suddenly find her in front of him” and she speaks with a “monotone voice.” Although in many situations she “turns her nun’s face away” and offers, “It’s better if you do it,” Emilie has true inner strengths. Despite her exterior image of being “eternally withdrawn into herself,” she “runs the household.” Even though “she never seemed to really work at it,” she effectively manages her sister, who “never challenged” her. Still, of note for the plot, Emilie has “a pitying way of looking at Jean” and surrounds him “with small kindnesses.”
The reader should find this story intriguing. Mystery abounds, especially in the plethora of hints and clues to Jean’s real origins. Indeed, the chain of events leading up to the ending—the unhappy one expected in a Simenon roman dur—makes it hard to predict what will happen. Suffice it to say, Marthe is dead, Jean stays in the house, and the two aunts continue along their usual path. Hortense and Emilie were right: “That’s how it had to be done.”