The man and the writer, a sexist 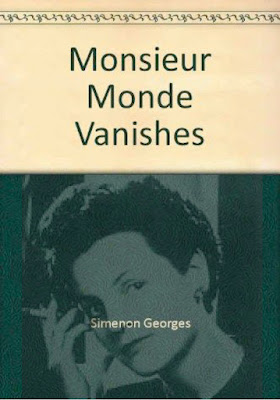 Just how misogynist was the man and writer? Several critics weigh in: John McIntyre, in reviewing the romans durs, comments: “His second wife, Denyse Ouimet, suggested that ‘he had contempt for women,’ and his biographer Pierre Assouline concludes that Simenon ‘believed the only way to get to know a woman was to sleep with her.’ Simenon refuted charges of misogyny. His work only reflected reality, he claimed. Society relegated women to supporting roles; why should he be made to answer for an accurate picture of the world in which he lived? It was a glib and disingenuous effort, but even with that blot on his record, Simenon remains a towering figure.”
An anonymous BBC review of a radio drama of Monsieur Monde Vanishes indicates the presentation “revealed Simenon’s misogyny, being preoccupied with his male protagonist’s state of mind and bringing in female characters as accessories to keep the story moving along.”
Nicholas Reid, in reviewing the Maigrets, states, “Given the social attitudes that Maigret takes for granted, there is in the novels what feminists might call some casual misogyny.” And Tim Morris, in reviewing Simenon’s The Breaking Wave, writes:
“I don't think that Simenon is essentially misogynist. Well over 70 Maigret novels pass without much overt woman-hating – indeed with a strongly sympathetic character in Mme. Maigret – and they feature several admirable, realistic female victims and perps. But Simenon certainly liked representing misogyny. He liked representing women undone by overt sexuality. He sensed good stories in the evil things that befall women at the hands of men, and he told many of them.”
David Hare, the playwright who adapted Simenon’s The Man on the Bench in the Barn to the stage, has this to say: “Simenon has sometimes been accused of misogyny […] The charge of misogyny at least is unfair. A small man’s fear of women is often his subject, and he describes that fear with his usual pitiless accuracy. […] The women he portrays are not usually manipulative or cruel or deceitful. Far from it. They simply possess an inadvertent power to disturb men and to drive them mad. They exercise this power more often in spite of themselves than deliberately.
Joan Acocella, in her 2011 Crime Pays New Yorker article, opines: “Simenon was repeatedly accused of misogyny. He indignantly replied that he had great female characters and that when the women weren’t strong, and got kicked around by the men, that was the way of the world. But the strong women of the durs are, for the most part, frightening bitches. The nicer women are generally weak, even masochistic. […] Simenon may have called this the way of the world. I call it pornography, of a familiar sort. I dislike the scenes of humiliation more than the murder scenes, because they are more realistic, more possible. But it’s all pretty bad, […] because it involves the abuse of a mere woman, not a man, it can just be thrown off, as a kind of flourish. This encouraged Simenon to rely on such gestures. […] It gave him access to cheap effects.”