An example of a character painted frequently by the writer: a weak man 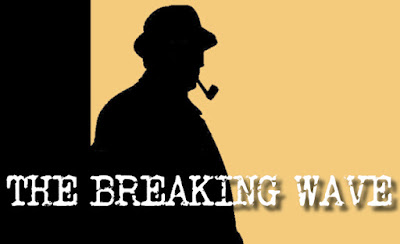 Even if Simenon portrayed few strong women, weak men are prominent in his romans durs. The 28-year-old Jean in this novel is particularly so. He has lived all his life with his aunts, Hortense and Emilie. For sure, he always “let them do everything they wanted” and “allowed himself be brought up like a girl,” but he was content in his weakness. Just how weak was he? Here’s a short run-down:
When his dream is to go off and become a mechanic, he lets his aunts keep him at home to work in the mussel beds. When he wants to fulfill his military obligation by becoming a pilot, he lets his aunts fake “weak lungs” and “seizures” to keep him out of the service. When Marie, the local girl he knocks up and eventually weds, joins the trio in their family homestead, his weaknesses really show up and things go rapidly downhill from there. Before this, “he had lived without thinking,” and now awakened, what does he do now to resist what is happening? Nothing!
First comes the abortion, engineered by his aunts, of course, and botched by the midwife. When they tell Jean “not to get involved,” he lets them “work out all the details.” When the doctor comes to treat his hemorrhaging girlfriend, he abandons her and goes off to work. When he’s not drunk in reaction to the troubles, he “hides his head under his pillow,” a passive weakling. Afterwards, when he marries her—according to the will of his aunts, of course—he has “run out of the courage to struggle.’’ When the two women force the newlyweds into separate bedrooms—in case Marthe gets sicker—Jean accepts the arrangement. When the aunts don’t want his wife working beside him in the family business, he accepts this, too. As she gets sicker and sicker, the aunts say, “You should let us do everything,” and he does just that. Why not? “He had always done what they wanted. All his life.”
It gets worse. Since the frail wife is always sick, the disgusted husband becomes indifferent and insensitive. When Jean discovers Marthe “arranged to make him do what she wanted”—the same kind of trickery he should have been alert to from living with his aunts—he feels as though he is “the victim.” Indeed, he “wants to cry” because he is the one who “should be pitied."
Jean is a truly inadequate figure, and everyone recognizes this fact. Even though he is a great big man, others regard him as “a poor little boy.” While Marthe may have believed “she had the man she wanted,” Jean realizes this “new notion” is erroneous because, after all, “he was the man for his aunts.” Eventually, the couple begins to contemplate breaking free since “it’s always the women who were in control.” At last recognizing that “staying in the house with his aunts is choking them,” Jean visualizes “a solution” by putting “just the two of them in new scenery in the middle of brand new people.” However, pushover Jean does not act. He cannot escape, but Marthe does find—with some ‘help’ from the aunts—an unusual way out.  All too soon, Marthe is dead and Jean is still there in the house with Hortense and Emilie. They exist in a village where “people never ever said he was a widower, rather he was an old bachelor living with his aunts.”