SIMENON SIMENON. THE END FOR MARIE-JO/2

On a few ‘major’ factors contributing to her demise at 25 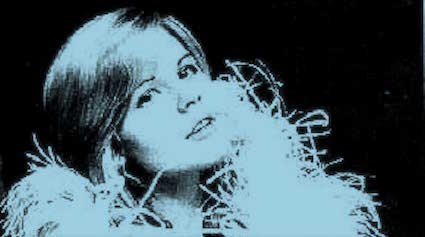 In his biography Simenon, Pierre Assouline singles out three incidents that figured importantly in Marie-Jo’s development. First of all, the two-year-old child had an exceedingly dramatic episode of fainting and/or crying simply because her dad drove off one day without stopping to hug or kiss her. A reporter, spending several days in Lakeville around that time, documented this sort of extreme, continuing behavior in describing how, whenever Simenon secluded himself in his usual way to write, Marie-Jo had similar “bouts of agitation” lasting until he came out of his office.
Second, 8-year-old Marie-Jo craved a certain “wedding ring” and her father brought it for her. She wore this ring all her life, having it enlarged as needed, only to remove it repeatedly just to have Simenon put it back on her finger. Indeed, the 25-year-old single woman’s “last wish” was to be “incinerated with her wedding ring.”
Third, 11-year-old Marie-Jo had a mysterious ‘major’ traumatic event when she was alone with her mother. Its exact nature is unclear, but some sexual abuse probably occurred. The episode remained a secret until Simenon listened to a revelatory tape Marie-Jo left behind in which she referred to “some sort of incest” with her mother. Curiously, during the legal battles between Georges and Denise, a court ordered this passage erased. Of particular note is their son Pierre’s response to a question about a his 2015 book’s specific reference to Denise masturbating in front of Marie-Jo: “But the indecent assault, or I would say the moral rape in the scene you are referring to, delivered the final blow [to Marie-Jo]…”


What, then, were Marie-Jo’s psychological problems? Emphasizing the “constancy” of her difficulties, Assouline unrolls a list of psychiatric diagnoses: she became “obsessive” about “cleanliness,” washing her hands up to 50 times a day.” Beyond being “compulsive” about dirtiness, her “anxiety” included worries about being an “unwanted birth” by both parents and being considered an “inferior substitute for a stillborn baby” by her mother. Her “neurosis” was formally deemed “obsessive-compulsive” by her psychiatrists, and she advanced to “severe anorexia nervosa” and on into “grave depression.’’ As she reiterated, “My thoughts don’t belong to me,” the doctors discovered “the driving force for her troubles: depersonalization.”

The insights gained from Marie-Jo’s left behind materials—on top of her suicide—had a profound influence on Simenon, the man and the writer. Hence, he wrote his 815-page Intimate Memoirs that Assouline classifies as “his work of reconstruction.” At its end, Simenon incorporates Marie-Jo’s Book, 152 pages of her diaries, poems, songs, and letters.
The newspaper L'Express wrote that the question in Simenon’s book is "not who is to blame for her death, but who is really innocent of it?"
The New York Times wrote this blast: “An attempt is being made here to divert us from what hits us over the head on nearly every page of this memoir - that Marie-Jo's incest fantasies, which led her to go so far as virtually to propose marriage to her father, and which were clearly at the root of her emotional difficulties, were encouraged by no one so much as by the supremely seductive man who is telling her story here.”