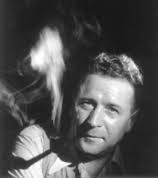 In April of 1932, smarting from his bad moviemaking experiences, Simenon left the city of Paris for the country, effectively turning his back on what he called “that village of crabes.” (Crabes challenges translation, for it denotes crabs, but pejoratively connotes actors, competitors, and cancers.) Hoping to “forget all of those misadventures” and “collect himself” through contact with nature and people, he chose a country manor house on the mid-Atlantic coast of France. Here, the “mariner” seemed in his element as a “gentleman-farmer.” When not pounding his typewriter, Simenon dabbled in cultivation and livestock. Within this extensive animal world, he rode horses and kept wolves, but “no matter what he said about it,” he was “more gentleman than farmer” at this location, his base in France until 1935.
However, because he felt a “pressing need” to “see,” he had to “leave.” Conceiving big-time reporting as “the best way to pay for his curiosity,” he made an African journey, traveling the continent widely on a “mission to recount living history.” Returning in late 1932, he brought back many “impressions, anecdotes, and notes” for articles plus some 750 photographs, “a good number of them devoted to scantily clad women and prepubescent girls” for serial publication in a weekly illustrated magazine. “A journalist had left for Africa,” but “a novelist returned,” and one of his resulting three novels “paradoxically caused him more serious trouble” than any of his critical articles. Years later, a nostalgic sounding Simenon would comment: “Africa? When you’re there, you sweat, you whine, you drag yourself around, you end up hating everyone and yourself. You swear to never go back….”
During 1933, “Doctor Simenon attended the bedside of sick Europe” with reporting again paying “the cost of his curiosity.” Belgium, Poland, Rumania, Czechoslovakia, and Hungary nourished his appetite, but Germany was the “choice morsel.” Notably, his reports on Germany and especially Hitler, written in a downplaying, forgiving manner, were “ambiguous” and, later, unsupportive of his (false) claim: “I no longer agreed to be published [in Germany] after Hitler’s advent.”
Next came the Stavisky-Prince affair: this big financial swindle rocked France and two associated deaths raised questions of suicide or murder, causing Simenon to “commit a sin of pride in acting like his hero, Chief Inspector Maigret.” At the call of a newspaper, pipe in teeth and notebook in hand, “Georges Maigret” conducted a wide-ranging investigation and wrote scathing articles, most of which proved to be either misguided or completely baseless. “More naive than his hero,” Simenon became the target of ridicule, driving him to escape on a six-month Mediterranean cruise during the 1934 summer followed by a five-month December-to-May world tour. Upon his return, “Simenon appeared to be another man. The events had matured him. He seemed battle-hardened, wiser, at peace.” This was also because, 18 months earlier, with 19 Maigrets under his belt, the author had broken off from his publisher of long-standing. [Fayard] “His mind was already elsewhere, in his next book, with his next publisher. [Gallimard] Another world, in a manner of speaking.”