SIMENON SIMENON. A EUROPEAN LOOKS BACK AT AMERICA / 2 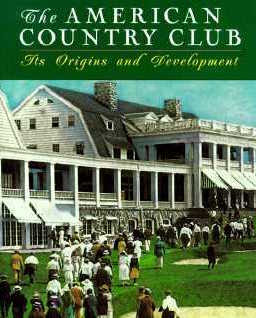 When Walter Higgins fails to get into the Country Club, he decompensates rapidly. “They were telling him he wasn’t worthy of belonging to the community” where one must, above all, belong. Walter is “obsessed” with the “importance” of membership for “the family’s place in society.” In fact, he “had always followed the same path stubbornly with a single goal from which nothing turned him away.” The blackballing of this attempt to cap his seemingly successful run at achieving the American dream enrages him. The Country Club with its 67 members is the culprit, but he feels “the [entire] community had rejected him,” driving him into despair. He sees this as “the collapse of everything he had obstinately built ever since he was old enough to reason.” He calls the five-man committee “bastards! […] A word that usually never came into his mind,” and the first thing that does come to mind is: “I will kill them all!” In fact, his desire for revenge escalates to contemplating killing the whole community by selling poisoned food in his market.
Humiliation accompanies Walter’s rage. “He wasn’t ashamed of anything in particular. He was simply ashamed. As if he had found himself stark naked among his employees and outraged customers in the middle of the supermarket.” He feels as though “he was not worthy of belonging to the community.” Paranoia increasingly clouds Walter’s analysis of his rejection. Was he “different?” How could that be? His house in the “right neighborhood” was “copied after all the others” and its furnishings were “identical” to the others. Since childhood, he had “specifically strived to observe people and resemble them,” especially “the ones people cite as examples and to whom everyone bows.” In fact, “only a week earlier,” Walter had “persuaded himself he had achieved this and no one could spot any difference.”
When, in overreaction, he resigns from the school board, he worries that he has put a nail in his coffin. Would the community boycott the Supermarket? Would he be fired? “What other situation would he find at his age?” Could he pay off the mortgage? Pay the loans on the television, refrigerator, and car? Would he end up in foreclosure? Land in prison? When his daughter observes, “What you do inevitably spills over onto the rest of the family,” he concludes he has lost even their support, so that “he no longer had the feeling of being part of everything as before. He was alone.”
Walter’s stress intensifies when a serious accident to his crazy alcoholic mother forces him back to the miserable town he had worked so hard to escape. A nightmarish experience results, plunging Walter deeper into turmoil until Simenon engineers an awakening. His thinking “wasn’t finalized, but he was sure he was on the right track. If others thought he didn’t count, it was because he didn’t know the rules of the game. For it was a game. He hadn’t realized this because he had had to start too young and from too low […] But that wasn’t what mattered. What was important was to now conform to the rules, of course, but be aware it was all a game….” In the end, Walter decides to follow these rules and, emerging from his previous naiveté, he is ready to embrace life in the community more realistically.