SIMENON SIMENON. A EUROPEAN LOOKS BACK AT AMERICA / 3 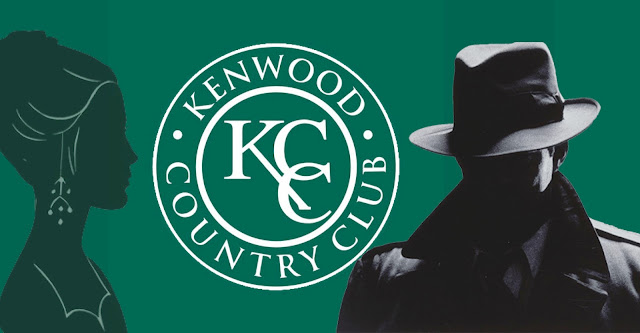 In The Rules of the Game, alcohol consumption is conspicuous. The protagonist is a teetotaler within a society soaked in booze. His mother has always been an alcoholic. In reaction, he “had never had a drink in his life” in reaction, but he does envy “the ease” with which his friend Bill Carney orders “his favorite whiskey” at the Country Club. When Walter passes Jimmie’s Tavern, he regrets not drinking. “It seemed it would be a release, a break […] Was that what people were looking for with alcohol?” Walter pleads “diet” to resist the repeated offers of drinks for lunch from the salesman soliciting his business. The black ball that scuttles Walter comes from a five-man admission committee of which four are drinkers and two of those are drunkards. After the inebriated spokesman slurs the bad news to the sober candidate, the suddenly “grotesque” bottle of champagne, which Walter had bought to toast his expected election with Bill, gets tossed. The next day, hung over Bill affirms, “Most club members only go there to drink, in peace, without being seen by their employees and wives.” The member asks, “Why do you want to join the club so much when you don’t even drink?” and the reject wonders if his abstinence was “a reason to block him from getting into the club?”
With his protagonist going down the chute, Simenon whacks him with another blow. His drunken mother is run over by a bus in the street. Immediately driving the long distance to his old village, he finds she has died. Mechanically, he goes to where she was hit, a spot in front of the seedy apartment building where they had lived, and runs into a former classmate who invites him in to “raise a toast to celebrate.” Provoked by the past and the present, Walter has his first drink—ever. Although he can barely swallow it, he drinks that and another one—at least. After learning his mother had “thrown herself under the bus,” he flees, but on the drive back home, he stops at a bar for a glass of “rye.” (Shades of Red Lights, another Simenon American novel.) Thinking “perhaps it was the solution, after all,” another rye goes down—and probably several more. Sensing “a danger,” he gets back on the road, only to stop again and drink. He manages to make it home, but getting out of the car, he falls to the ground, laughing, and “doesn’t even try to get up.” His children carry him to bed where he lies ill for five days, triggering twice-a-day house calls by his doctor. Is this alcohol poisoning or a nervous breakdown? By indicating that Walter will be okay “as long as he does not begin again” does Dr. Simenon mean he should not resume drinking or not resume trying to belong? In any case, Walter picks himself up, determined to follow the “rules of the game.” Now, “he had decided to do everything expected of him,” but with the insight it was nothing but a big game. The past behind him, “he would never turn back” and “would become a man like the others.” But “the price to pay” would be “an emptiness around him.” One can only hope this “solitude” will include isolation from alcohol and he will never drink again. Finally, on a positive note for a Simenon roman dur, “it was not impossible that some day, after observing him for a while, they would come ask him to join the Country Club.”