SIMENON SIMENON. MAIGRET AND THE ENGLISH /2 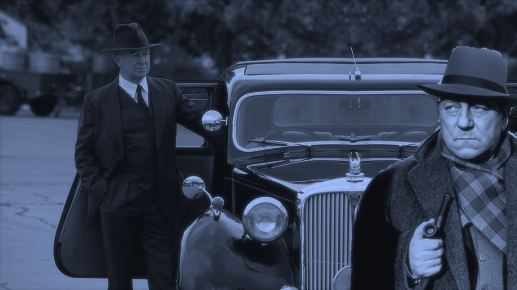 In Le Charretier de la ‘Providence’, Maigret’s investigation brings him into contact with Sir Walter Lampson, a retired colonel in the British army in India, ‘ruddy-faced, well-groomed, and phlegmatic […] very much the English gentleman as depicted in nineteenth century prints.’ In the course of his enquiry, the commissaire learns more not only about the personality which lies behind this surface appearance but also about the social norms of the colonel’s milieu and the social forces which have shaped a particular kind of “typical Englishman”.
In Mon ami Maigret, published eighteen years later, Maigret is being professionally shadowed in Paris by Inspector Pyke of Scotland Yard, when he is called to investigate a murder on the small Mediterranean island of Porquerolles and where the two men meet, among other residents, the wealthy Mrs. Wilcox and the retired army major Teddy Bellam. The commissaire encounters, therefore, not one English character but three, thereby providing him with the opportunity to study a broader cross section of the English in terms of age, professional background and gender.
Mrs. Wilcox and the Major, as he is known, both share important, but not identical, similarities with Sir Walter Lampson. Like Lampson, Mrs. Wilcox is a heavy drinker who enjoys intimate relations with younger members of the opposite sex (in her case, her “secretary”, Philippe de Moricourt) and who pursues a chaotic lifestyle on her yacht. The Major is another heavy drinker whose professional background matches that of Colonel Lampson and who shares the physical appearance of a caricature English gentleman, ‘so perfect that he looked like a drawing in Punch with his silvery grey hair, his rosy complexion, large clear eyes swimming in liquid, and the huge cigar which never left his lips.’
Inspector Pyke, on the other hand, although he shares what appear to be for Simenon the essential English characteristics of a fondness for alcohol and inscrutability, and is also a product of the upper-classes, is an Englishman of a fundamentally different kind, his age and professional activity setting him apart from his compatriots. The nationality and social class Pyke shares with Mrs. Wilcox and the Major and his common occupation with Maigret give him a foot in both camps and, as such, his insights into his fellow countrymen are a valuable source of information for Maigret and the reader alike.
There is another sense in which Pyke differs significantly not only from the other English characters encountered so far but also from Maigret – his willingness and ability to adapt to different national contexts. Just as Colonel Lampson relies heavily on the bilingual Willy Marco in his interactions with French-speakers, so Mrs. Wilcox depends to a considerable extent on her secretary and lover de Moricourt; and just as the colonel’s French is hindered by basic anglicisms such as ‘mon femme’, so the Major pronounces normally silentword-final consonants when he addresses the commissaire as ‘Monsieur Maigrette’. Pyke, on the other hand, speaks French very well and, although he is deeply traditional in the “Englishness” of much of his behaviour, habits and attitudes, he is able to adapt with comparative ease to different surroundings. Indeed, in many ways, the Englishman Pyke is less disconcerted by the differences between Paris and Mediterranean France than is Maigret, with his origins in the landlocked centre of France and his adult life spent in Paris.
In solving the case, Maigret discovers a further dimension to the characters of Mrs. Wilcox and the major, how their current behaviour has its origins in the social milieu from which they originate and the way in which these factors come together in a series of similarities and contrasts. Both come from traditional upper-class families – Mrs. Wilcox has inherited a major whisky manufacturing business and the Major is the younger brother of a member of the House of Lords – but their privileged origins have become a double-edged sword. As a woman, Mrs. Wilcox’s drinking and sexual proclivities, which might be acceptable in a man of her social background, put her beyond the pale of polite upper-class society, to the extent that her son-in-law and daughter have effectively banished her from England. Her wealth enables her to live her chosen lifestyle but only at the cost of voluntary exile. Under British law, the eldest son alone inherited all landed property, leaving younger brothers with little option but to seek their fortune elsewhere, often in the colonial armies, in which officer status guaranteed a privileged lifestyle. But on retirement, it would be impossible to maintain such a life in England with only an officer’s pension, hence the decision of the Major and, according to Pyke, many others like him, to live as expatriates, often behaving in a manner which would be considered unacceptable in the social circles from which they originate.
Herein lies a similarity between Mrs. Wilcox and the Major, a parallelism which paradoxically leads to each being unwilling to socially acknowledge the other. Maigret learns from Pyke that ‘they studiously avoid speaking to one another, and each looks at the other as though they didn’t exist’ and he realises that ‘after all it was understandable. They both had the same background. […] The major must have been very embarrassed becoming drunk under the eye of Mrs. Wilcox, for in his country, gentlemen do that among themselves, behind closed doors. As for her, in front of the retired Indian Army officer, she cannot have been very proud of her Moricourt.’ Each judges the other for having failed the standards of behaviour expected of their social class, yet each is also deeply aware of their own failing, which has made their expatriation necessary as much as voluntary.
In Le Charretier de la ‘Providence’, Maigret’s criminal investigation goes hand-in-glove with his growing understanding of Sir Walter Lampson; in Mon ami Maigret, his study of the English upper classes is broadened by the presence of more English characters and deepened by the insights that one of them, Pyke, is able to share with him.