SIMENON SIMENON. A MAN WHO WAS WASTING AWAY

On the maladies that might have done him in 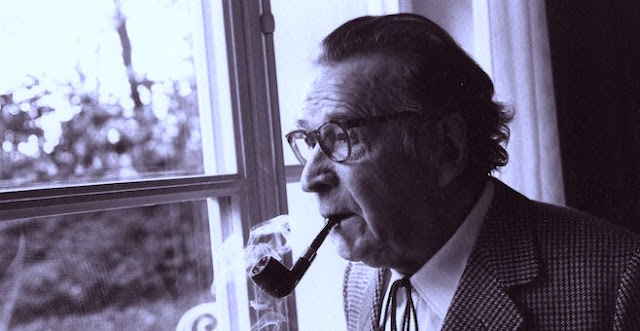 As a physician, I became curious about what maladies contributed to the decline Simenon experienced in his last few years of life and what malady finally did him in. He experienced several big medical events, and any one or all of these could have had important effects on his function and longevity. Disappointed by Assouline’s biography, I turned to M. Google hoping to learn more.
In 1977, Simenon had prostatic surgery. Hardly anything is known about it except how much he feared this surgery. After the operation, he wrote, “I confess that had been one of obsessions.” He indicated apprehension about it existed “ever since he was capable of seeing and hearing what was going on around him” because he remembered how many times his mother pointed out thin men, bent over on canes, who had had the operation. Such commentary makes it more than likely his treatment was for benign prostatic hypertrophy as opposed to a malignant prostatic tumor. Metastatic cancer could have caused his decline and demise, but it seems likely that would have been known, especially since severe chronic pain is its hallmark.
In 1984, Simenon had more surgery, this time for a meningioma in his brain. This “miraculously liberated him from his generalized ankylosis and of all his troubles with balance and scattered pains.” Joyce Aitken indicated after his release from the hospital that he had “fully recovered.” Although the overwhelming majority of meningiomas are benign, the lesion could have recurred later on to cause trouble, but a localized brain lesion like that is not likely to have caused his later particular constellation of physical problems.
In 1987, Simenon’s health deteriorated “abruptly,” but diagnostic information to explain it is lacking. It is clear he lost the use of both legs and one arm, forcing him into a wheelchair to get around. The striking suddenness suggested a cerebrovascular accident, such as a stroke, to me, but once again, the described physical deficits do not support this was the explanation.
In 1988, in mid-November, Simenon moved into a luxury hospital ostensibly for a few weeks because of work being done on the pink house. He ended up staying there for six months, presumably because of increasing functional loss “month by month.” One Paris-Match journalist reports he was “ certainly impaired physically,” but he was still “lucid” and “in his right mind.” In fact, “his hearing was bad, but if one spoke slowly, articulating well, he understood.” Other reports confirm that “he listens, but talks little” and “Teresa is his ambassador, his interpreter and his voice.” He could smoke his pipe, but he couldn’t stuff it or strike a match. He couldn’t shake hands. He couldn’t handle a glass of beer. To put it succinctly, “he was “a very old gentleman in very bad shape who never stopped smoking his pipe.”
In 1989, near the end of May, Simenon returned to the pink house. There, he is described as then being “intellectually diminished,” but he was still able to sit in a wheelchair and, notably, he had still “not stopped smoking his pipe.” He died in his sleep on September 4th. There was no autopsy. I could not uncover a death certificate.
David P Simmons
Pubblicato da Maurizio Testa a 02:04