Looking at a later Maigret―written in 1954―that highlights a lot about the couple. 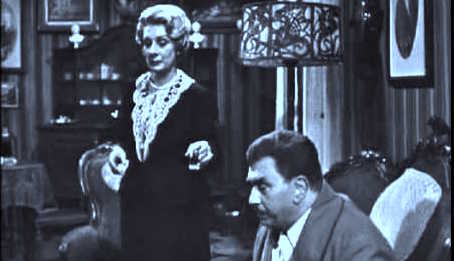 In anticipation of Penguin’s soon to be forthcoming English translation Maigret and the Minister, I reread Maigret chez le minister. One interesting discovery was the clever way Simenon further develops the portraits of the Maigrets. Juxtaposing the minister and his wife with the Maigrets promotes repeated comparisons, which significantly underline what the Maigrets are really like.
The novel opens with a warm scene of the Maigrets together in their apartment. “The door opened as soon as he put his foot on the doormat” in one of “the rituals that meant a lot more to him than he would have wanted to admit.” After a longer than usual, insightful conversation between Jules and Louise, the story moves along in a back and forth fashion, between scenes of Maigret interacting with the Points in their milieu and with Madame Maigret on their hearth, in which Simenon details multiple similarities between the men, the women, and their union.
Here are some examples: Madame Maigret’s welcome on a later return home makes Maigret immediately reflect on how “in another apartment… a couple was experiencing pretty much the same moments” in “familiar, almost palpable intimacy.” The next morning, a familiar and intimate Madame Maigret “gently touched his shoulder” to awaken him and “whispered in one ear” to express her concern for him. Later on, she shows her intuition and intelligence when she “understood from his look it was better not to question him” and she “kept the question on the tip of her tongue a long time.”
Madame Point displays the same traits, right down to the tiniest detail of neither of them being smokers. Indeed, Point tells Maigret: “You have, if I’m not mistaken, the same type of wife as mine.” In fact, one can substitute Madame Maigret for Madame Point whenever Simenon writes about her―except for the one time she leaves the room “with a tear running down her cheek.” Just like Madame Maigret, Madame Point does not have “the ambition” to be anything more than a loyal housewife. She “simmers a little dinner” that they “take alone together.” Constantly watching over her husband, she “helps him very much.” When she tells her husband “I told you so,” it’s as though one is hearing Louise gently educating Jules. It is no wonder, that after Maigret succeeds in saving Point’s reputation, she rejoices, for “her husband counts more than anything in the world.”
As for the two men, Simenon likens Maigret and Point in even more ways. First of all, they are practically clones. Not only are they physically similar, their backgrounds and personalities compare. “Country born from an already evolved peasant line,” they “have virtually the same origins” and are “if not like a brother, at the very least, like a first cousin.”
And finally, these “simple people” form simple couples. Extremely close and interdependent, they just “don’t have the habit of being separated.” In sum, the comment “your life is like mine” could be a summary statement either man makes to the other, and thus the Point portraits substantially enhance those of the Maigrets.