What did people say about why he stopped as a novelist? 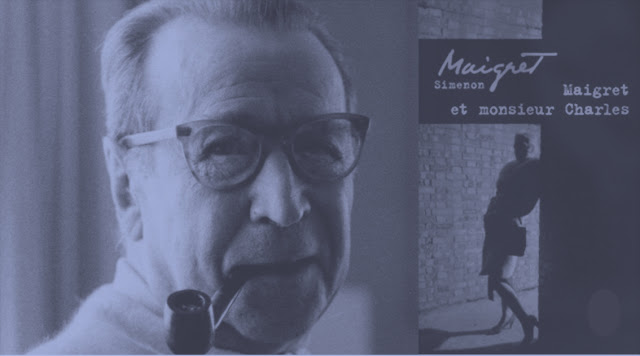 Soon after writing his last roman dur in October 1971 and the last Maigret in February 1972, Simenon decided to stop writing novels permanently. Some recent searching for the why and wherefore behind this decision turned up many reasons from many people. A sampling of the offered explanations follows below— Simenon’s own words will make up a forthcoming Part 2.
His son Marc, who might have known the most, listed four factors: 1) “He was 70 years old and had health problems like everyone.” 2) “He always wrote in an astonishing way. The doctors advised against this excessive routine.” 3) “This decision also fits my father’s character very well. He always feels a need to shed his skin, to inaugurate a new phase.” 4) My father is a man of sometimes abrupt decisions who never fails to make a clean sweep.” This interview included one denial: when asked if his father had quit because he feared a lack of commercial success, Marc insisted, “Not at all” and pointed out how the last novel had been “a clear success.”
Simenon’s best biographer probably knows a lot, too: in considering why the writer abruptly put the designator “without profession” in place of  “novelist” on his passport, Pierre Assouline floated several ideas: First, he indicated that “Simenon knew the name of the guilty party,” citing the author’s recall of Denise’s boast to “break my pen” in evidence. But the biographer added how the writer “no longer had the strength” to continue, and so, he “preferred to stop.” The biographer also wondered if the “imperious need to write had deserted him at the same time.” Finally, in light of Simenon’s two declarations, almost 20 years apart, that “writing is a vocation of misery,” perhaps the writer quit in order to “no longer be miserable.” In striking contrast, Rudi Chelminski explained the sudden stop in a few words: Simenon “was suffering from vertigo and was no longer able to bear the strain.”
Some contended the stop was because of poor quality results: in reviewing Maigret and Monsieur Charles, Noëlle Loriot “reproached him this time for having botched his book” and credited her critical article as a “determinant” in the stop because “a little while later he officially announced he was putting an end to his novelist career.” Leslie Garis similarly discerned poor quality as a cause in her Simenon interview: to her question of ''Why was your last novel a Maigret?'' the response was: ‘‘because, little by little, the Maigret stories became the same as my other novels. The question of mystery disappeared. In the last 20, there was almost no story, and people knew from the first chapter who the killer was and what would happen.''
But some countered the novelist had never really quit: Mark Lawson called Simenon “an unstoppable novelist,” suggesting he just changed from writing to dictating with “the more than 20 volumes” of subsequently published works.
One obituary writer agreed that “writing was second nature to him, and in 'retirement' he wrote as much—if not more—than ever,” offering a Simenon quote in summation: “Even if I live to be 100, I will never stop writing. I will only stop writing when I am completely incapable -- that is, when I am dead.”
David P Simmons
Pubblicato da Maurizio Testa a 00:13