SIMENON SIMENON. “THE BELLS OF BICETRE” 2 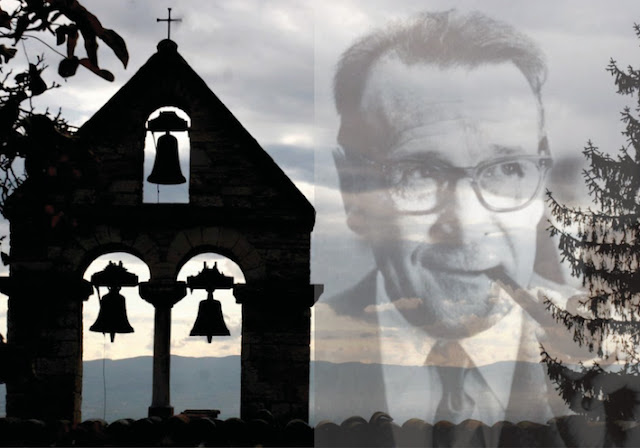 In this ambitious novel about illness, Simenon not only gets the description of the medical disorder right, but he also depicts the hospital experience well with a particular, appropriate focus on how isolating it can be. René the patient is cut off by his paralysis and inability to talk due to a stroke, but he is isolated for more reasons than that. He is confined to a private room, thereby limiting the ‘outside’ world to what he can hear and see through its windows, from his bed, and its single door, when it’s open. In addition, his status and wealth determine, practically dictate, having private duty nurses. René has just two, each working a twelve-hour shift seven days a week. A single substitute and a nameless head nurse breeze in and out, further narrowing nurse interaction. Doctor contact is no more than sporadic, involving just three: his family physician, his neurosurgeon, and a medical intern. His wife visits rarely, his daughter once. He glimpses other humans though the doorway and from a stretcher the few times he’s out of his room for a test or treatment.
Basically, René’s socialization extends to just four people, and they concentrate on the business of physical care giving. Activities directed to René’s bodily function as opposed to psychological status fill the days and nights. Vital sign measurements, physical examinations, injections, urinals, bedpans, and linen changes. Intravenous, tube and spoon feedings, blood drawing, bed cranking, sponge bathing, orifice suctioning, passive exercising, and record keeping. There is more caring for the patient in diagnosing, treating, and sustaining physically than caring about a patient in feeling, communicating, and supporting emotionally. The ospitalized patient is a bed or room number, not a person. The staff listens to his chest, not his words.
René enjoys his physical and psychological separation during much, but not all, of his stay. The seclusion leaves him not only with a free mind, but also “a sharper clarity than in ordinary life.” He capitalizes on this “serenity” to think. He keeps his eyes shut and refuses a bedside telephone, so that, lying in bed “detached,” he can avoid communication and analyze his past. However, this at first “agreeable” experience deteriorates as he slowly recognizes he is “no longer a person.”
On the flip side, isolation affects the caregivers as well. Illness challenges caregivers, but sick patients threaten them. With sick people, they “feel ill at ease and are evasive.” Dealing with “the diseases rather than the diseased,” what Simenon calls “sickness without the sick person,” is easier, insulating, and protective. By transforming the patient into “an object,” they ensure their “attention is impersonal.” Wrapping themselves up in “their division of responsibilities,” they put the patient aside. Thus, talking to René “like a child” and doing “the thinking for him” becomes “inevitable.”
One image summarizes the interaction within this “cruel game” especially well: patient rounds are presented as “a religious ceremony” in which “an indifferent hand lifts the sheets and exposes a feverish body […] while the professor enunciates pronouncements in a voice from the pulpit….”