About the relationship between "romans durs" and Maigret novels 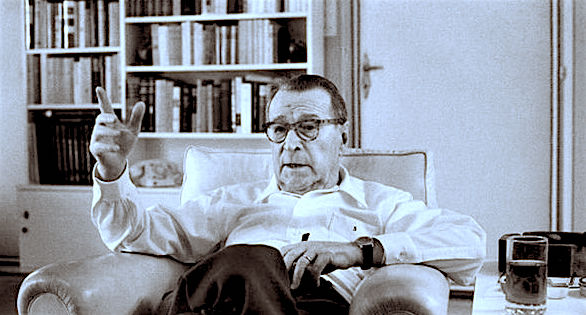 There is no doubt that Simenon, as he went along with Maigret's investigations, wanted to set the stories in the most diverse places and in the most different environments. Thus he confronted his hero with infinity of human typologies, from ministers and gentlefolk to tramps and outcasts. Among all these people there are types that please the Chief Inspector (a certain type of habitual offenders), those for whom he feels sorry (inexperienced victims of destiny) and those he can't stand (those for whom facade and appearances are essential).
Here we could make a little sociology and say that Maigret generally meets, in those dominants classes like nobles, politicians and financiers, a kind of propensity to double-faced morality: publicly blameless and respected, corrupted and depraved in private. And also in the upper middle class a tendency is found to do everything, even illegal things, to save one's respectability. In the middle class, the ones who live of their daily work, the Chief Inspector meets those that sometimes "go through the line" by leaving behind an honest, dignified life and heading for a downward spiral that will carry them to social degradation, to loneliness and even to delinquency.
Then there are the recidivists who live on the border between legality and crime, always hovering between jail and freedom, little offenders who are guests of the 36, Quai des Orfèvres as if they were loyal customers of an inn. An finally there are the professional criminals, those who know which are the rules of the cops-and-robbers game, how far they can go and who accept consequences when they are caught with their hands in the cookie jar.
This is a photography, although briefly sketched, of Paris and France in the 30's and 40's (and beyond), and Maigret's sympathies and antipathies are obviously those of Simenon, in a society in great turmoil and rapid change.
From this point of view, the Chief Inspector's investigations don't differ very much from the "romans durs". In a 1956 interview Simenon said that "Maigret can't enter into a character's skin. He can see, explain and understand, but he won't give to the character the same weight as this one would have in another of my novels." However, later on the novelist would say otherwise: in the interview with Pivot in 1981, Simenon explained that "towards the end, let's say for the last twenty years, the Maigret novels got closer to the other novels. [...] It became more difficult because I somewhat confused the Maigret novels and the other novels. I went further into my characters."
And finally we can read this anecdote, realizing that Simenon also tried hard in the Maigret novels, even if he had said many times that the first Maigret novels were written as an amusement. In 1969 the novelist was interviewed by Bernard de Fallois and Gilbert Sigaux for a Belgian radio program, and he told them: "Do you want to know what happened to me a month ago? During holidays in La Baule, I had begun to think about my next novel, which should be a "roman dur", as usually I wrote one in autumn. I already had an idea of the events, a somewhat vague idea, yet already a musical line and also a colour. But every time I wanted to deepen the characters and try them out, they disappeared. […] After more than three weeks, as I was getting out of bed, even before touching the floor with my feet, I said to myself: but it's so simple, I have nothing else to do than writing a Maigret novel! And that's what I did. And it had been a Maigret novel in someway prepared and intended not as Maigret novel, but as another novel, and for the last time in my life, while I had thought about writing a "roman dur", I ended by writing a Maigret novel." By comparing the dates, this novel must have been Maigret et le marchand de vin, which was written in September 1969, and the interview had taken place in October in the same year.
In this interview, Simenon seemed to say that this had happened but once… Had it really been so?...