On an unlikely gem in the Maigret’s Christmas collection. 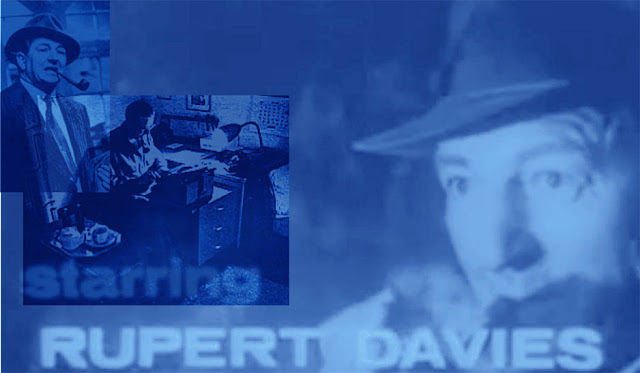 The plethora of Maigret novels and short stories hides a non-Maigret gem, Seven Little Crosses in a Notebook. Originally published as Sept petites croix dans un carnet, it lay within a collection of nine short stories, Le Noël de Maigret, in 1951. It did not, however, make it to English translation until 1976, hidden once more within Maigret’s Christmas.

Although Maigret does not in fact appear, the story presumably earned its spot in the collection because it takes place at Christmas. It does include a Maigret-like figure: Chief Inspector Saillard is big, imposing and intuitive, he smokes a pipe, and he frequents the Brasserie Dauphine. On the other hand, completely uncharacteristic of Maigret, he’s basically a bit player and he refuses a drink when offered! Yet, there are two direct links to Maigret: Janvier, his close associate, and Dr. Paul, the medical examiner.
That Rupert Davies played Maigret in the television production Seven Little Crosses (1962) and Bruno Cremer did the same in the film Maigret et les sept petites croix (2005) probably contributed to building the false reputation that the original was a Maigret story. At least, the movie A Life in the Balance (La Sixième Victime) didn’t insert a Maigret even if its résumé describes an extremely loose adaptation of the Simenon original.
Putting Maigret aside, we still get two fine, equal heroes in this craftily constructed tale of intrigue revolving around alarms sounded from police call boxes throughout Paris. We see André, a bachelor with nothing in his life but his job, who fields the alarms and solves the mystery without ever leaving his office, but we never see François, a clever and courageous ten-year old boy, who sends the alarms and collars a brutal serial killer as he reports in a phone call. This well-constructed combination results in a remarkably moving and exciting tale despite the fact the reader has to imagine all the action. Both heroes begin as seemingly mediocre, helpless, and hopeless figures, but they get their chance to shine brightly at the end and earn our applause.
There is mention about this story earning a prestigious Edgar (formally, an Edgar Allan Poe Award), a prize awarded by the Mystery Writers of America annually since 1946. Although unable to document this as fact, I do submit Seven Little Crosses in a Notebook is worth a prize of some kind.